Syria Daily: Turkey Maintains Pressure on US Over Kurdish-Controlled North 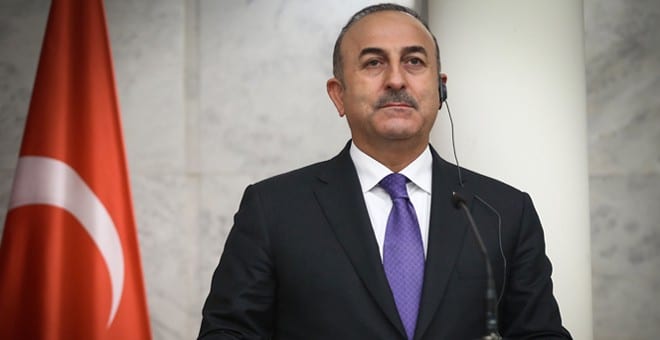 Turkey has maintained pressure on the US over Kurdish-controlled northern Syria, a day after President Recep Tayyip Erdoğan said — amid Donald Trump’s order to withdraw all 2,000 American troops — “There is no satisfactory plan that is put before us concretely yet.”

In meetings in Washington, Foreign Minister Mevlüt Çavuşoğlu (pictured) spoke both of rival Turkey and US proposals for a “safe zone” in Kurdish-controlled territory, and of Ankara’s demand that Washington ensure the withdrawal of the Kurdish YPG militia from the city of Manbij in eastern Aleppo Province.

Çavuşoğlu said of a roadmap for the YPG departure from Manbij, at the western edge of Kurdish-held areas, “There has been an acceleration when compared to the past…In particular, the US Administration and Secretary of State [Mike] Pompeo are asking for immediate implementation of this.”

But he cautioned that plans “must be fully and immediately implemented”.

The US-supported, Kurdish-led Syrian Democratic Forces took Manbij from the Islamic State in August 2016. Since last July, the US and Turkey have maintained arrangements for oversight of security in the mainly-Arab city.

Speaking about Turkey’s proposed 32-km (20-mile) deep “safe zone” across the Kurdish cantons of Kobani and Cezire, Çavuşoğlu said concrete ideas have yet to emerge with Washington and Turkey is also holding talks with Russia.

The Foreign Minister reiterated Erdoğan’s statement that YPG fighters must not remain in the zone: “It is important what we understand about a ‘safe zone’. That is, if a buffer zone that will safeguard terrorists is envisaged or desired, we are against that.”

Ankara calls the YPG “terrorists”, considering them as part of the Turkish Kurdish insurgency PKK.

Çavuşoğlu told a meeting of foreign ministers from the anti-Islamic State coalition, “Avoidance of power vacuums that could be exploited by terrorists to undermine Syria’s territorial integrity and neighbors’ national security will be essential.”

A Turkey-US Joint Working Group held its final meeting in Washington on Tuesday.

The session was scheduled for January in Ankara, but was postponed when President Erdoğan refused to see US National Security Advisor John Bolton. The President and Turkish officials were angered by warnings from Bolton and Secretary of State Mike Pompeo that Ankara’s forces must not attack Kurdish areas after any US departure.