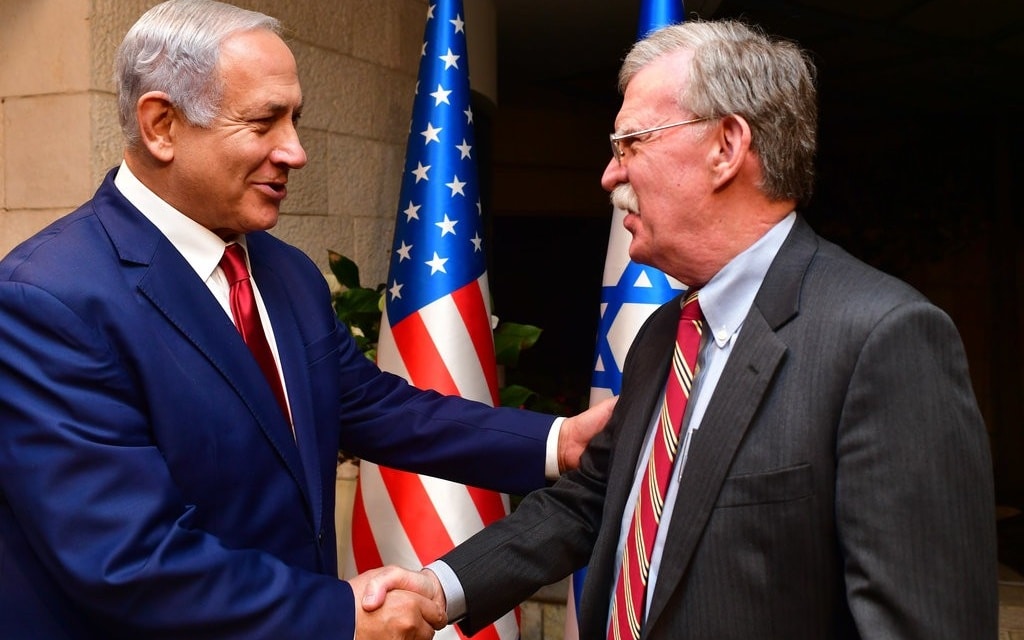 US agencies have effectively suspended Donald Trump’s order to withdraw all 2,000 American military personnel in Syria.

Trump impulsively decided on the departure of the US troops supporting a Kurdish-led force fighting the Islamic State, in a December 14 phone call with Turkish President Recep Tayyip Erdoğan. Five days later, Trump publicly ordered the withdrawal, bringing the resignation of Defense Secretary Jim Mattis and the US envoy to the anti-ISIS coalition, Brett McGurk.

But the Pentagon and other US agencies countered by extending the timeframe for withdrawal, and on Sunday National Security Advisor John Bolton set conditions which will not be fulfilled for months or even years.

Syria Daily, Jan 5: No Timeline for US Withdrawal — Senior Official

Bolton said, amid discussions with Prime Minister Benjamin Netanyahu and other officials in Israel, that the troops will remain until the last Islamic State units are defeated and until Turkey provides guarantees that it will not attack the US-supported, Kurdish-led Syrian Democratic Forces.

The SDF has reduced ISIS to a pocket of territory in eastern Syria along the Iraqi border. However, Erdoğan has promised a Turkish offensive alongside Syrian rebels for the “erasure” of the Kurdish militia YPG, the leading faction in the SDF.

Ankara considers the Syrian Kurdish Democratic Union Party (PYD) and its YPG militia to be part of the Turkish Kurdish insurgency PKK, which has fought Turkish security forces for more than 30 years.

“We don’t think the Turks ought to undertake military action that’s not fully coordinated with and agreed to by the United States, at a minimum so they don’t endanger our troops,” Bolton said.

The National Security Advisor and other US officials also see the American presence as essential to check the influence in Syria of Iran, an essential ally of the Assad regime.

Trump initially set a 30-day timetable for the withdrawal. The Pentagon quickly briefed the media privately about a schedule of 60 to 100 days, and a senior State Department official said last Friday that it was now four months.

Bolton said yesterday that he expected some US forces to leave eventually, but indicated that troops would remain as a garrison, particularly at the US base in Tanf near the Iraqi and Jordanian borders.

The National Security Advisor will meet Erdoğan on Tuesday.

Asked if Bolton’s comments pointed to a Trump mistake, Senator Lindsey Graham — a Trump ally but an opponent of withdrawal — said:

This is the reality setting in that you’ve got to plan this out.

The President is slowing down and is re-evaluating his policies in light of those three objectives: Don’t let Iran get the oil fields, don’t let the Turks slaughter the Kurds, and don’t let ISIS come back.

On December 30, after a lunch with Trump, Graham signalled the agency pressure when he said Trump was considering the speed and manner of the withdrawal.

Syria Daily, Dec 31: Will Trump Be Pulled Back from US Withdrawal?

That statement followed a December 24 classified memo by Bolton, outlining tactics for Turkish troops to replace US forces, “according to two Defense Department officials“.

Despite wanting to remove the Kurdish PYD and its YPG militia, Turkish President Erdoğan was reportedly taken aback by Trump’s sudden decision, as Ankara’s forces are not ready to move into areas vacated by the Americans. The Turkish Government soon said that any offensive was delayed, supposedly to avoid “friendly fire” on departing US troops.

Bolton wrote in the memo that the Administration continued to pursue its objectives of removing the Islamic State from its last enclaves, forcing the withdrawal of Iranian-led foreign militia, and pursuing a political resolution to 94-month Syrian conflict.

Presidential spokesman İbrahim Kalın called Bolton’s remarks “irrational”: “The issue is PKK/PYD/YPG are making efforts to establish an order by oppressing Kurds, who don’t obey them, and their terrorist activities against our country. There is no doubt that a terror group cannot be an ally of the US.”

The fight of the Turkish Armed Forces is not against our Kurdish brothers with whom we have shared the same geography and the same bread for centuries.

Our struggle in the region are against the PKK/YPG and Daesh [Islamic State] terrorists that threaten all ethnic and religious groups, particularly our Kurdish, Arab, and Turkmen brothers. This terrorist group both poses a threat to regional security and stability, and prevents Syrian refugees, particularly Kurds, from returning to their territories.