Syria Daily: Trump — It’s Nothing But “Sand and Death” 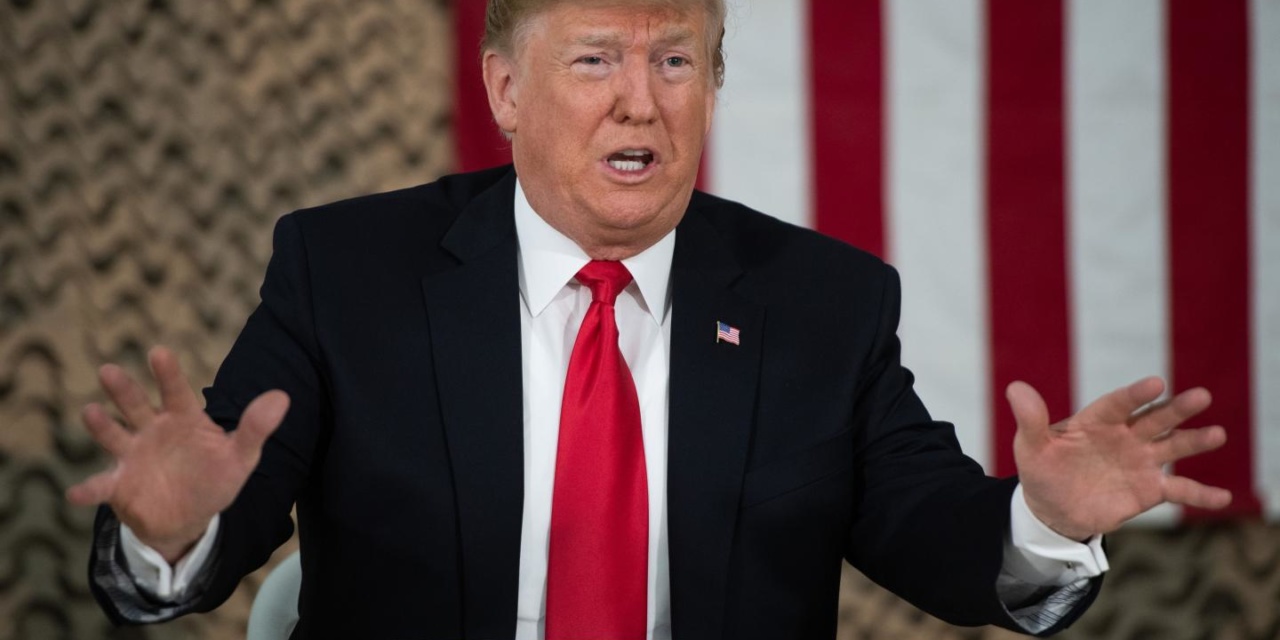 Donald Trump speaks with reporters at a Cabinet meeting, January 2, 2019

Amid a US policy in confusion over his impulsive order for withdrawal of all American forces, Donald Trump has declared that Syria is nothing but “sand and death”.

Trump made the remark during a rambling conversation with reporters, before a meeting with legislators about the Trump shutdown of the US Federal Government:

US President #Trump about #Syria:

– We lost it long before
– Kurdish YPG sells oil to Iran
– US Army leaving Syria
– USA still is going to protect YPG pic.twitter.com/SEY6f33T4n

The statement complemented Trump’s declaration that the US military should only have been in Iraq, during and after the 2003 war, to take oil from the country. He has repeatedly framed American intervention in Syria as a question of expenditure, demanding that Arab countries take over the cost and falsely claiming that Saudi Arabia will put in $4 billion.

On December 14, Trump decided — during a phone call with Turkish President Recep Tayyip Erdoğan, that all 2,000 US personnel should depart. He made the announcement five days later, prompting the resignations of Defense Secretary Jim Mattis, a former four-star general, and Brett McGurk, the US envoy to the anti-Islamic State coalition.

But the Pentagon and other US agencies have pushed back against the order. While Trump initially set a 30-day timetable for the withdrawal, US officials said this week that it will take place over four months. They have also emphasized the necessity of standing alongside Kurdish forces in the fight against ISIS, and to maintain a presence to counter the influence of Iran, an essential ally of the Assad regime.

Trump vaguely indicated a step back in the face of the agency maneuvers, saying the withdrawal will take place slowly “over a period of time”: “We’re getting out and we’re getting out smart. I never said I’m getting out tomorrow.”

He did not specify a timetable, while denying that he had agreed to a four-month duration.

Trump gave mixed signals over US support for Kurdish factions, saying he wanted to protect Kurds but is unhappy that they selling oil to Iran.

I didn’t like the fact that they’re selling the small [amount of] oil that they have to Iran, and we asked them not to sell it to Iran….We’re not thrilled about that. OK? I’m not happy about it at all.

But he then repeated, “I don’t want to be in Syria forever. It’s sand. And it’s death.”

The Kurdish militia YPG is the leading faction in the Syrian Democratic Forces, created by the US in autumn 2015 to push back the Islamic State.

The SDF has taken much of northern and eastern Syria from ISIS, reducing it to a pocket near the Iraqi border. But the imminent US withdrawal has elevated the possibility of a Turkey offensive, alongside Syria rebel, to retake part of the 27% of Syrian territory held by Kurdish groups.

Pro-Assad forces are also looking to regain territory or to back the Assad regime’s attempt at a settlement which limits Kurdish autonomy.

Trump caused further confusion when he appeared to shred his Administration’s policy towards Iran: “They can do what they want there, frankly.”

Complementing the US pressure to break Iran’s economy with sanctions, the Administration has demanded the withdrawal of all Iranian forces from Syria. On Tuesday, Secretary of State Mike Pompeo reassured Israeli Prime Minister Netanyahu — who has pressed for the Iranian departure, with Israeli airstrikes on Iranian positions and transfer of missiles and weapons to Hezbollah — that Washington will stand alongside Israel despite Trump’s order.

It is sad that [Trump] is not attentive to intelligence materials.

I am quite simply in shock. Trump simply does not know what is happening in Syria and the Iranian entrenchment there.