Syria Daily: Erdoğan — We Will Set Up “Safe Zone” in Kurdish Areas 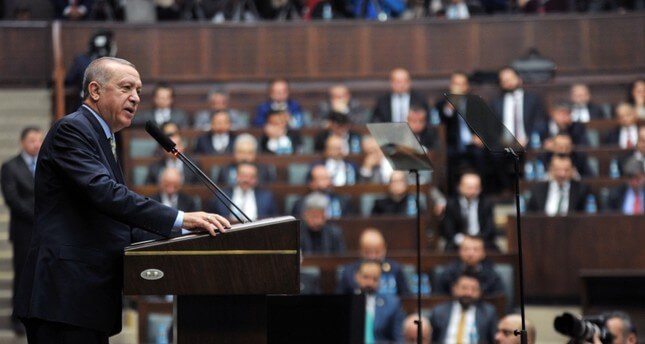 President Recep Tayyip Erdoğan has said that Turkey will establish a “safe zone” in northern Syria along the length of the border, including in Kurdish-controlled territory.

Speaking at a meeting of his ruling Justice and Development Party (AKP) in Parliament, Erdoğan said the zone will be established with the assistance of US-led coalition forces, even though Donald Trump has announced the withdrawal of all 2,000 American troops. Erdoğan said he and Trump had had a positive phone call on Monday about the move: “We have reached an understanding that is of historic importance.”

Throughout the autumn, Erdoğan threatened an offensive against the YPG militia in northern Syria, vowing the “erasure” of “terrorists”. Turkey considers the Syrian Kurdish Democratic Union Party (PYD) and its YPG militia as part of the Turkish Kurdish insurgency PKK, which has fought Ankara’s security forces for more than 30 years.

The US has supported the Syrian Democratic Forces, led by the YPG, since autumn 2015 to push back the Islamic State in northern and eastern Syria. But on December 14, Trump abruptly decided, during a phone call with Erdoğan, on American departure. The order led to the resignation of Defense Secretary Jim Mattis and the US envoy to the anti-ISIS coalition, Brett McGurk.

US agencies, motivated in part by a perception of “betrayal” of Kurdish partners, pushed back against any withdrawal. They extended the timetable and set conditions, including guarantees of safety of Kurdish-controlled areas.

Warnings by National Security Advisor John Bolton and Secretary of State Mike Pompeo against a Turkish attack angered Ankara’s officials, who said they had no animosity towards Kurdish people, as opposed to the YPG. Erdoğan refused to see Bolton in Ankara last week.

Syria Daily, Jan 13: Turkey Maneuvers on Border, Amid Uncertainty Over US Withdrawal and Islamist Advance

On Tuesday, Erdoğan presented the border zone as a long-time Turkish ambition, but said it had been defined Trump: “The safe zone issue, including one along Turkey’s borders to be formed by us, is something I have discussed since the [President Barack] Obama era. It was reiterated by [Trump] as 20 miles [32 km].”

Since last week, Trump has tweeted about a safe zone, but has given no details about its enforcement and any role of US forces.

The Turkish President later told reporters that the zone could be extended beyond 20 miles, but did not say how far.

Erdoğan presented the zone not just as a security area but as one for reconstruction, with the building of homes for residents “in line with their customs and lifestyles”.

However, Erdoğan soon returned to Turkey’s priority of eliminating the YPG, “When you say safe zone, you’ll clear the whole area from the terrorists.”

At the same time, he presented Ankara as the friend of Kurdish groups who would oppose the PYD and YPG over the 27% of Syria controlled by the Kurds:

I call on my Kurdish brothers. You should not be deceived by this game….

The Turkish President’s statement eased the latest round of tension with the US. On Monday, Trump had threatened Turkey with “economic devastation” if Kurdish areas were attacked.

After the phone call with Erdoğan, Trump replaced the threat with praise of US-Turkish partnership:

Spoke w/ President Erdogan of Turkey to advise where we stand on all matters including our last two weeks of success in fighting the remnants of ISIS, and 20 mile safe zone. Also spoke about economic development between the U.S. & Turkey – great potential to substantially expand!

Erdoğan rejected any presentation of the zone as Turkish occupation: “Comparing Turkey’s presence in Syria with that of any other state or power is an insult to both history and our civilisation.”

But the Assad regime, wary of Turkey expanding its area of control across northern Syria, responded angrily.

The Foreign Ministry said, “The statements made today by the Turkish President reaffirm that this regime [in Ankara]…does not deal (with anyone) except in the language of occupation and aggression.”

Turkey’s military intervened in August 2016, alongside Syrian rebels, to push the Islamic State out of territory along the border and in northwest Syria. A Turkish-rebel offensive took most of the Kurdish canton of Afrin in spring 2018.