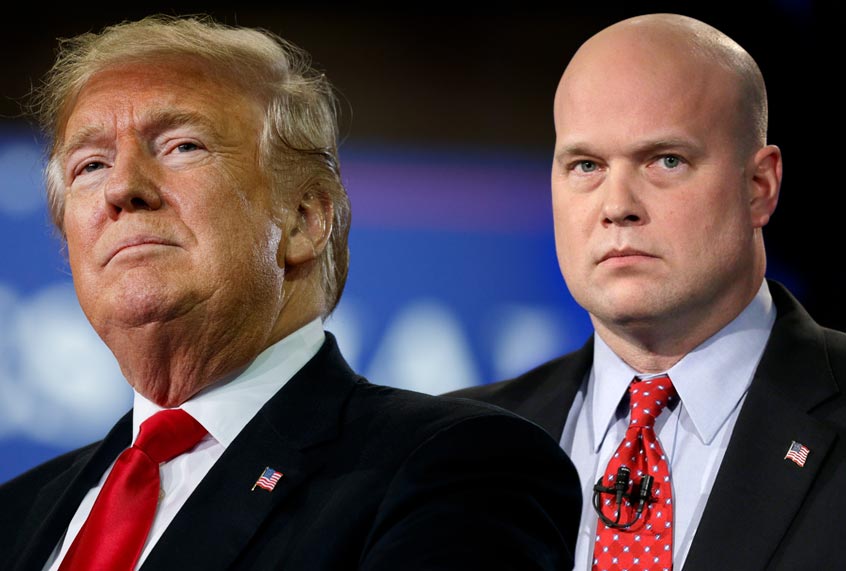 Donald Trump has risked accusations of interference in judicial processes and investigations, berating his Acting Attorney General over “rogue” federal prosecutors who have linked him to criminal activity.

The first occasion occurred after Trump’s former long-time lawyer and fixer Michael Cohen pleaded guilty on November 29 to lying to Congress, including about a proposed Trump Tower project in Moscow.

More than a week later, Trump assailed Whitaker when prosecutors in the Federal District court in Manhattan, filing a sentencing memorandum for Cohen, officially said Trump “coordinated” and “directed” payoffs to two women claiming sexual encounters with him. The hush money, because it was paid just before the 2016 Presidential vote, constituted a campaign finance violation — a felony charge to which Cohen pleaded guilty.

Trump did not order Whitaker to halt the investigations, but he said that the prosecutors had gone “rogue”.

Whitaker is already under scrutiny over ethical issues, with critics saying he should recuse himself from oversight of the Trump-Russia investigation. Before becoming Attorney General Jeff Sessions’ Chief of Staff in 2017, he denounced the inquiry. As a political operative, he was paid $1.2 million by a “dark money” conservative group.

Trump’s lawyer Rudy Giuliani did not confirm the conversations with Whitaker but reinforced that Trump believes the Manhattan prosecutors are out of control: “The President and his lawyers are upset about the professional prosecutors in the Southern District of New York going after a non-crime and the innuendo the president was involved.”