Trump Backs Off Shutdown Threat Over His Wall With Mexico 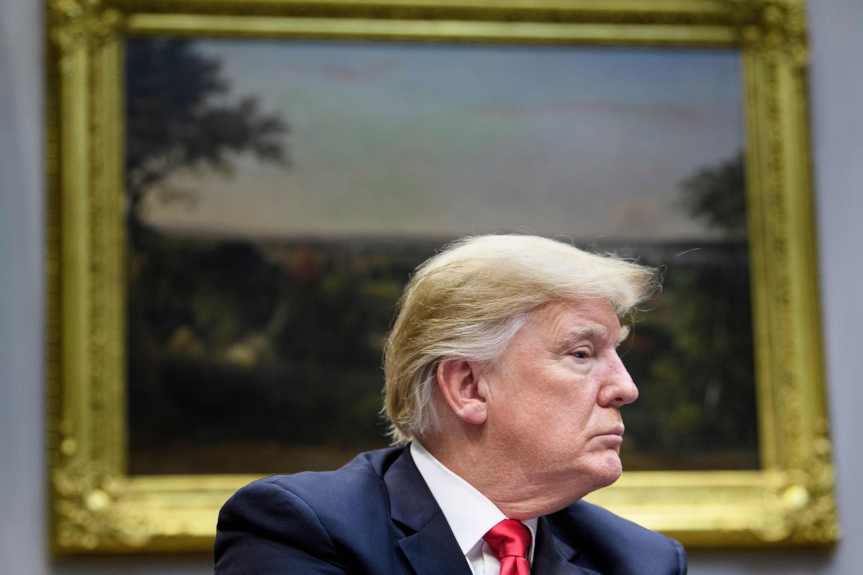 Donald Trump has backed off his threat to shut down the Federal Government over funding for his Wall with Mexico.

Last week, before cameras, Trump tried to push top Democrat legislators Nancy Pelosi and Chuck Schumer into accepting a $5 billion tranche of funding for the barrier in the Government budget. But the move backfired. Pelosi stood firm, telling Trump that he did not have the votes in the House of Representatives. Schumer drew Trump into declaring that he would be “proud” to close the Government if he did not get the money.

On Tuesday, the White House backed away in the face of the Congressional hurdle for the project, estimated to cost a total of $25 billion.

White House Press Secretary Sarah Sanders said that Trump does not want a shutdown and will identify “other ways” to fund the Wall.

Asked if Trump would divert money from the Department of Defense, Sanders said the Administration is looking at a “number of sources”.

Democrats rejected a Republican spending offer, with the prospect of a short-term funding extension to keep the government open for weeks. Democrats would then have responsibility for the budget, taking control of the House of Representatives in January.

The Government will close at midnight Friday if funding is not arranged. The shutdown affects about a quarter of services and a third of employees — the military and essential services were assured of funding through September 2020 after brief shutdowns in January and February.

The President has said he’s willing to do what he has to do to get that border security, including a government shutdown. Now we’ll see what the Senate and the House, what they come together and present to the President. We don’t know what’s going to make it to his desk.

But she later told reporters that Trump will consider signing a continuing resolution to fund the government into February.

On Wednesday, Trump attempted to portray defiance while implicitly withdrawing the shutdown threat:

In our Country, so much money has been poured down the drain, for so many years, but when it comes to Border Security and the Military, the Democrats fight to the death. We won on the Military, which is being completely rebuilt. One way or the other, we will win on the Wall!

He then lied that he was fulfilling his campaign pledge for Mexico to pay the $25 billion, through the revised North American Free Trade Agreement — renamed the US-Mexico-Canada Agreement to give Trump the impression of a new arrangement: “Mexico is paying (indirectly) for the Wall through the new USMCA, the replacement for NAFTA!”