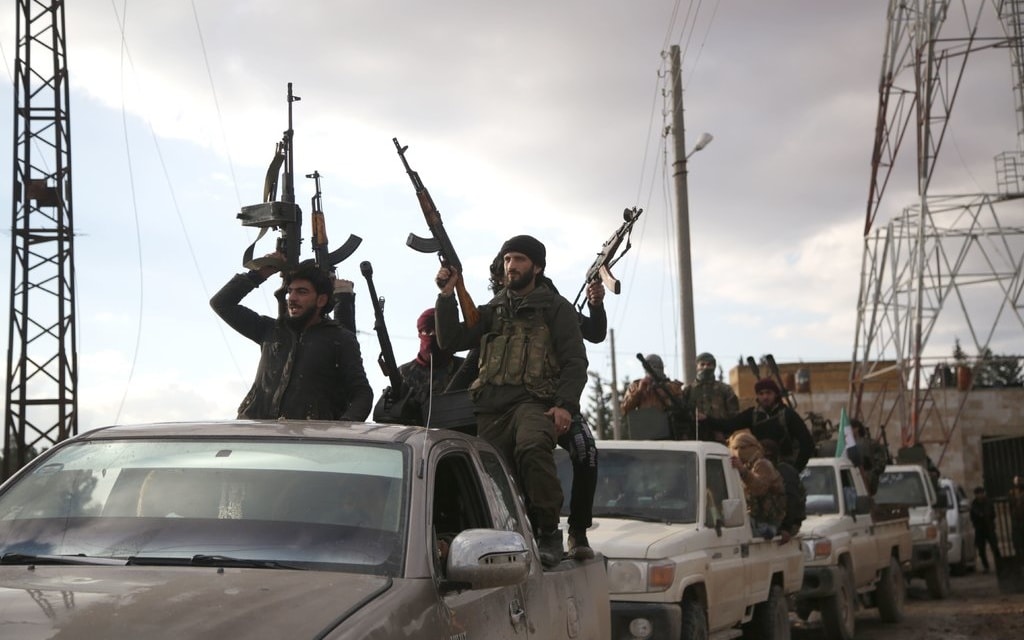 Confusion surrounds the status of Manbij in Syria’s Aleppo Province, amid both an anticipated Turkish-rebel offensive and a Kurdish militia’s offer to hand over the town to the Assad regime’s military.

With Turkish President Recep Tayyip Erdoğan threatening an attack on areas held by the Kurdish militia YPG, Ankara’s troops and Syrian rebels have been moved to a frontline near Manbij, at the western edge of territory held by the US-supported, YPG-led Syrian Democratic Forces.

On Friday morning the YPG issued a statement on Twitter, “We invite the Syrian Government forces to assert control over the areas our forces have withdrawn from, in particular Manbij, and to protect these areas against a Turkish invasion.”

The Assad regime’s military implied that it had deployed inside the town, raising the regime flag to fulfil “its responsibilities to impose sovereignty to each inch of the Syrian territories”.

But local sources quickly said that the regime had sent in only a token group for the flag-raising, and that talks continued over the status of the town. Some said the regime would concentrate on putting troops to the west of Manbij, as a buffer against any Turkish-rebel offensive.

Abdulkarim Omar, an official with the Kurdish-led administration in northeast Syria, later confirmed that talks are ongoing. He said the only agreed point was the regime’s deployment near Manbij, after US forces withdraw following a December 19 order by Donald Trump for the departure of all 2,000 American personnel from Syria.

“The reports on regime incursion in Manbij are inaccurate,” a US official told Turkish State agency Anadolu.

Meanwhile, Russia was reportedly preparing three outposts outside the town, while US forces — yet to pull back despite Trump’s order — held positions to the northeast.

American officials said that they were surprised by the YPG announcement, and that they had expressed frustration and anger to Kurdish counterparts in the SDF. “A senior American official” said the YPG position did not necessarily reflect views of Arab members of the SDF.

In contrast, the Kremlin welcomed the regime entry into Manbij. Spokesman Dmitry Peskov said, “Of course, this will help in stabilizing the situation. The enlargement of the zone under the control of government forces…is without doubt a positive trend.”

Iran’s Foreign Ministry echoed, “[This is] an important step to consolidate the sovereignty of the constitutional government of Syria over the entire country.” 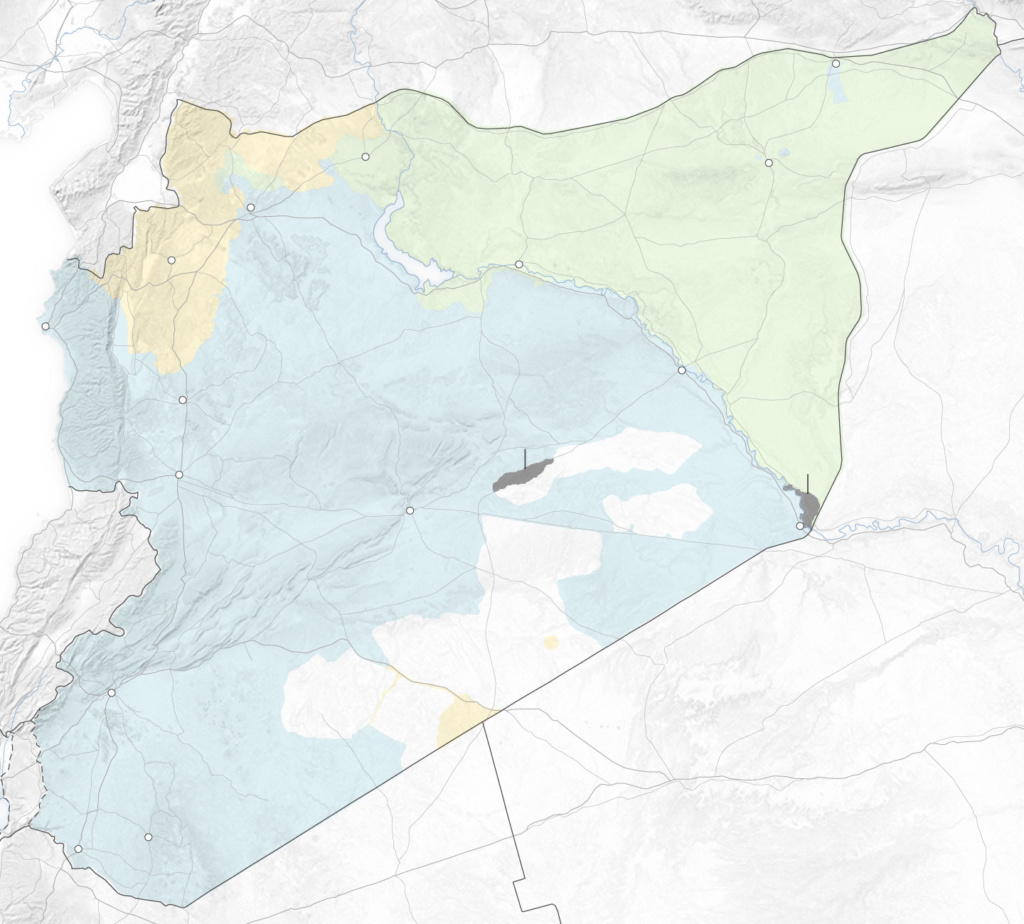 Turkish President Erdoğan criticized the Assad regime for “a psychological operation” with the claim of control of Manbij: “We know that there is a situation like waving their own flag there. But there is nothing definite there yet.”

However, he implied that Turkey will accept the regime occupation of the town, taken by the SDF from the Islamic State in August 2016. He said that once the YPG — “terrorist organizations” — leave northern Syria, Ankara’s task will be finished: “In the current situation, we are still supporting the integrity of Syrian soil. These areas belong to Syria.”

Speaking to reporters after Friday prayers in Istanbul, Erdoğan said he may hold talks with President Vladimir Putin in Russia after a Turkish delegation’s scheduled visit Saturday.

We warn all parties to stay away from provocative actions and rhetoric that will make the region more unstable.

The YPG terrorist organization that controls the region by force does not have the right or the authority to make a statement and invite other elements on behalf of the people in the region.

Four US officials said plans for American withdrawal include retention of American-supplied weapons by the YPG, a provision likely to anger Turkey.

The sources said discussions are at an early stage.