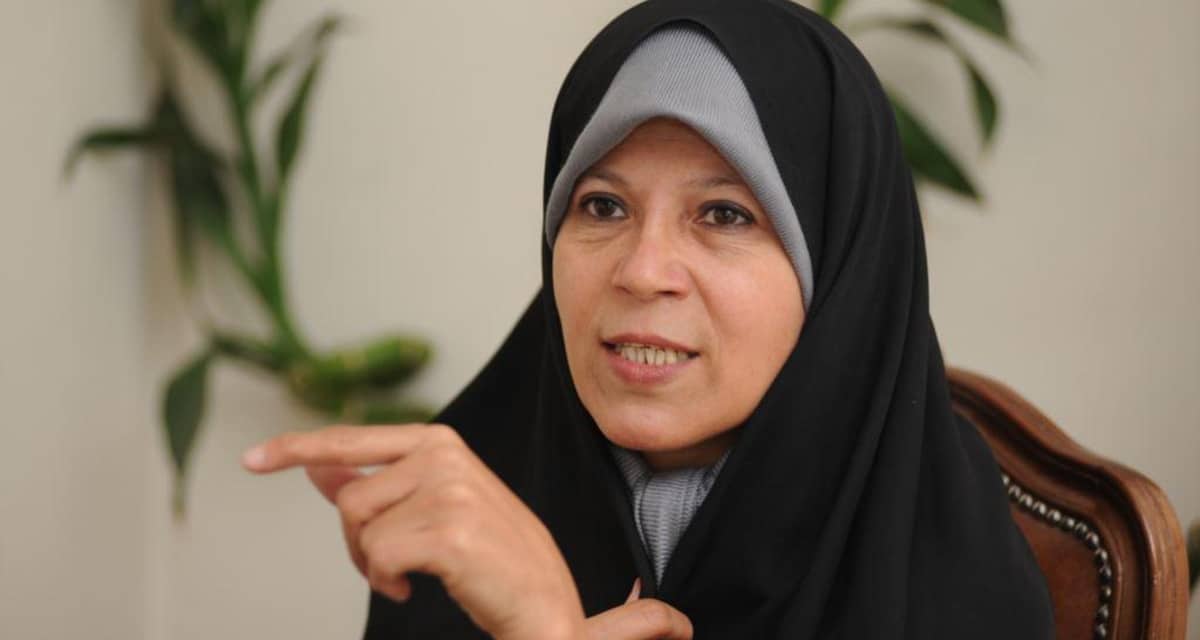 She assessed that regime change has not occurred because of people’s uncertainty over who will come to power and what will happen to Iranians. While Iran’s authorities “no longer confronts dissent violently as they did in 2009″”, amid mass protests after the disputed Presidential election, they are suppressing their citizens by seizing activists and giving them long prison sentences:

Every group of people have some of their members in jail….Many workers, teachers, truckers, women’s right activists, environmentalists, university students, economic activists and others are either in jail or have a verdict that would land them in jail at some point.

Hashemi criticized the Rouhani Administration as inefficient: “Mismanagement and lack of prudence is evident everywhere. Everything has been abandoned and no one is doing anything to solve the country’s problems. And if they do anything, the situation gets only worse.”

She questioned, “Have we got any tangible result from our votes in elections since 2013?” when Hassan Rouhani — approved by the Guardian Council as a consolation candidate after it banned Rafsanjani — won a surprise first-round victory.

Rafsanjani was President of Iran from 1989 to 1997. After he said in July 2009, weeks after Mahmoud Ahmadinejad “won” re-election, that the protests were legitimate, the regime put him and his family under pressure. He was removed as Tehran Friday Prayers leader. His children were arrested and imprisoned, and he was barred from running for the Presidency in 2013.

Rafsanjani was found dead in his pool in January 2017. The official cause of death was a heart attack, but some Iranians believe he was poisoned.