EA on BBC: Why Cohen Could Be Beginning of Trump’s Downfall 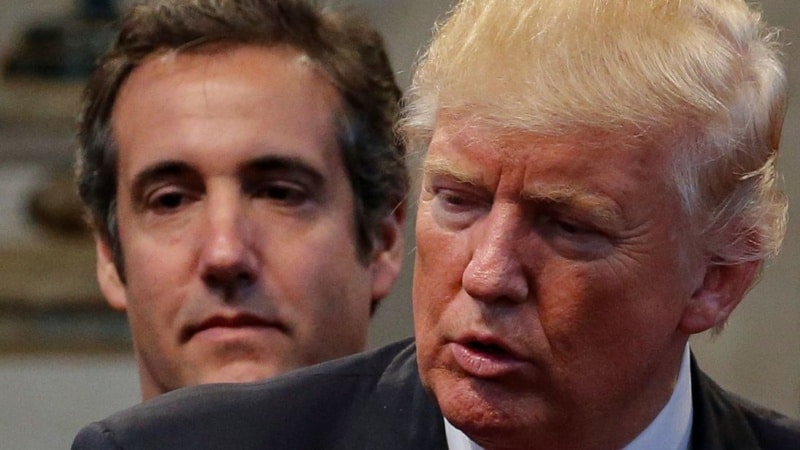 David Dunn of EA and the University of Birmingham sets the sentencing of Michael Cohen — with prosecutors linking Trump to criminal activity for the first time — into the wider context of possible connections between Trump, his inner circle, and Russia.

The other participant is Trump spokeswoman Jan Halper-Hayes, who is reduced to the loud protest: “What the professor is saying is fact — but not connected to Trump….I’m lost for words.”

Dunn responds, “A candidate is conspiring with a foreign power to dish dirt on another candidate.”

Michael Cohen: "Here's the truth: The people of the United States of America, the people of the world, don't believe what he's saying. The man doesn't tell the truth. And it's sad that I should take responsibility for his dirty deeds." Via ABC. pic.twitter.com/kwfPFwxzrQ

ORIGINAL ENTRY, DEC 9: I spoke with Paul Henley of the BBC World Service on Saturday about why the sentencing of Michael Cohen, Donald Trump’s long-time lawyer and fixer, could be the beginning of the end for Trump as President — and possibly culminate in criminal charges against him.

The discussion reviews Friday’s memorandum by Federal prosecutors, which for the first time connected Trump with criminal activity — Cohen’s violation of campaign finance laws with payoffs to two women claiming sexual encounters with Trump — and added Cohen’s meeting in November 2015 with a Russian seeking “synergy” between the Trump campaign and the Kremlin.

We also explain the significance of a Friday court document revoking the plea agreement of former Trump campaign manager Paul Manafort, claiming he lied on five major issues to the team of Special Counsel Robert Mueller.

This is a 21st-century version of King Canute trying to keep back the waves. In this case, the man in the White House faces mounting evidence in part about his business affairs at the Trump Organization and in part about his political affairs, not only during the campaign but in his time as President.

Either the US system wins, and we pursue this to the end whatever it says about Donald Trump, or Donald Trump wins and takes down that US system.