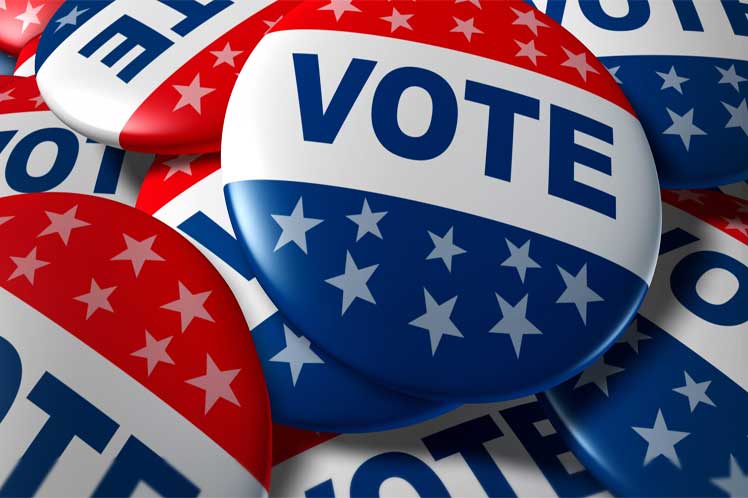 We’re turning over TrumpWatch to US Election Watch today, bringing the latest developments in the vote for all 435 House seats and 35 of 100 Senate seats.

Stung by Hillary Clinton’s margin of almost 3 million votes over him in the 2016 Presidential election, Trump has repeatedly said — without any evidence — that millions of people illegally cast ballots for the Democrats.

In fact, only four cases of voter fraud were confirmed in 2016.

But Trump’s need, and arguably the GOP’s, to continue the false narrative has been reinforced in recent weeks by reports of voter suppression by Republicans. In Georgia, GOP candidate Brian Kemp — who, as current Secretary of State, oversees voter registration — has been accused of purging hundreds of thousands of people from electoral rolls.

Polling stations have been moved in states such as Kansas, where Trump ally Kris Kobach (ironically, the head of Trump’s ill-fated commission on voter fraud) faces a difficult Governor’s race: critics say this makes it more difficult for those likely to choose Democrat candidates to cast their ballots.

And in North Dakota, the site of a critical Senate race that could determine a Republican or Democrat majority, advocates say a restrictive voter ID law is making it harder for Native Americans to vote.

Law Enforcement has been strongly notified to watch closely for any ILLEGAL VOTING which may take place in Tuesday’s Election (or Early Voting). Anyone caught will be subject to the Maximum Criminal Penalties allowed by law. Thank you!

On his way to a campaign rally in Ohio, Trump repeated his false claims:

Just take a look. All you have to do is go around, take a look at what’s happened over the years, and you’ll see. There are a lot of people — a lot of people — my opinion, and based on proof — that try and get in illegally and actually vote illegally. So we just want to let them know that there will be prosecutions at the highest level.”

Kristen Clarke, who leads the Lawyers’ Committee for Civil Rights Under Law — which has successfully challenged several new voting restrictions across the country this year — responded, “At a time when we need our White House and Justice Department speaking out against the relentless campaign of voter suppression in this election cycle, it defies reason.”

But Attorney General Sessions backed up Trump by including search for voter fraud among the tasks of Justice Department monitors, who usually watch for voter suppression, intimidation, and discrimination.

Meanwhile, Georgia Governor hopeful Kemp tried to convert a warning about vulnerability in the state’s election system, which he oversees, into an unfounded accusation of hacking by the state Democratic Party.

Computer experts and lawyers investigating the warning said they were stunned that Kemp had turned a security vulnerability into a political attack. “It’s obvious to me that they’re shooting the messenger,” said Logan Lamb, a cybersecurity researcher who reviewed e-mails.