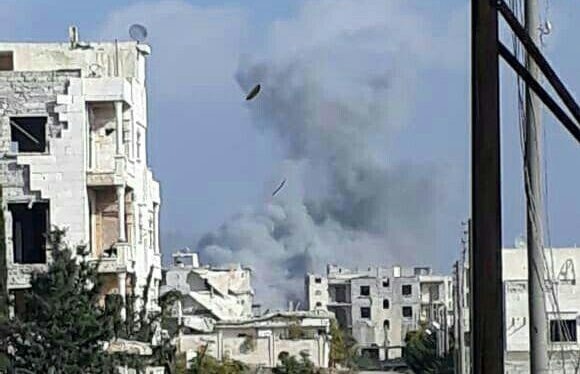 The residents of Kafranbel in northwest Syria demonstrate in honor of the slain activists Raed Fares and Hamoud Junaid.

A short while ago, the city’s citizens/leaders stood in protest against security lapses in the area & condemned the murders of activists Raed Fares & Hamod Jnaid, vowing to the murderers this wouldn’t end the work started by Fares & Jnaid. pic.twitter.com/yy0MGobNvx

Fares, the founder of Radio Fresh and an organizer of Kafranbel’s iconic protests with its banners, and videographer Juneid were assassinated last Friday by masked gunmen in the town. 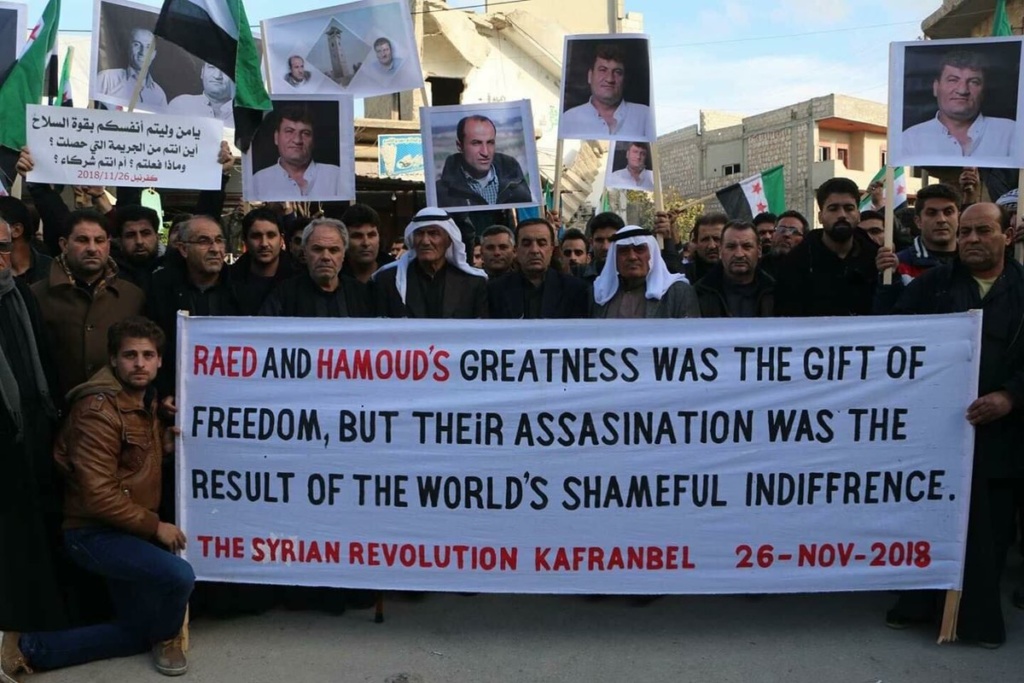 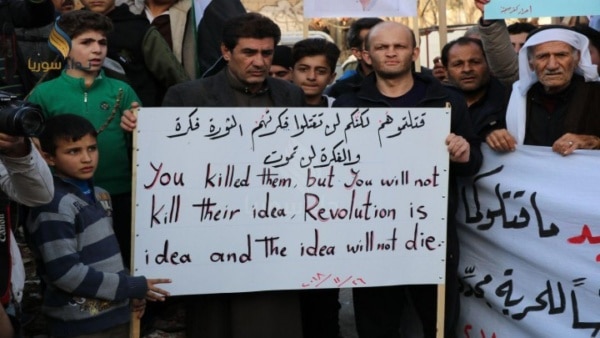 The protesters also challenged the jihadist bloc Hay’at Tahrir al-Sham over its abductions and assassinations, calling for the release of activists from detention and the group’s withdrawal from the town:

Russia carried out its first airstrikes in 2 1/2 months on northwest Syria on Sunday.

The strikes were the first by Moscow’s warplanes since Russia and Turkey declared a demilitarized zone, around Idlib and northern Hama Province in the northwest, on September 17.

The bombing was outside the zone in southern and western Aleppo Province. Stepped-up shelling by pro-Assad forces was also reported.

The Russian Defense Ministry used the pretext that rebels, amid clashes with the pro-Assad units on Saturday, had used chemical weapons in rockets fired on regime-held Aleppo city. No evidence of the chemicals has been provided, and civilians admitted to hospital, supposedly with breathing difficulties, have been released.

But Moscow kept up the campaign after Sunday’s airstrikes with the declaration they were attacks on “terrorists who shelled Aleppo [city] with chemicals, killing all [of them]. Their artillery was discovered in demilitarized zone of #Idlib province & was hit just as they were preparing for new attacks. Turkey was pre-informed.”

Russian State outlets such as Sputnik made up fatalities, before withdrawing the headlines and saying instead that more than 100 people were wounded. The Assad regime issued the unsupported claim that “some states” had provided “terrorists” with the chemical weapons.

The regime’s other essential ally, Iran, offered support through Foreign Minister Mohammad Javad Zarif: “Where is the West in condemning the chemical attack in Aleppo by terrorists? West’s pattern: chemical weapons only condemned if alleged to be used by an enemy; not an ally.”