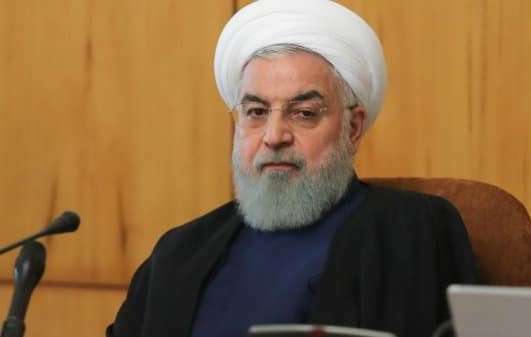 Iran’s President Hassan Rouhani has blamed the US for the murder of journalist Jamal Khashoggi by Saudi officials.

Khashoggi was killed on October 2 when he entered the Saudi Consulate in Istanbul, Turkey for a document needed for his impending marriage. Riyadh initially tried to say that Khashoggi left the building unharmed, presenting faked photos and a body double. Saudi officials eventually said the journalist, who lived in exile in the US and Turkey, died under interrogation and an imminent abduction, but have tried to shield Crown Prince Mohammad Bin Salman from any responsibility.

Condemning “an apparatus organizing such a heinous killing”, Rouhani said after a Cabinet meeting on Wednesday, “I do not think that a country would dare commit such a crime without the support of the US.”

He continued that Washington also was complicit in the killing of many thousands and threatened famine for millions amid a Saudi-led military intervention in Yemen’s civil war: “If it were not for US support, would the people of Yemen be under such savage bombardment?”

The President sought to use the episode to turn the burden of human rights on the West, “Undoubtedly, the positions which the US, Europe and other world countries adopt on the issue will reveal the degree of their sensitivity to [protecting] human rights and to preserving human dignity.”

And, without naming Saudi Arabia or the US, he turned Khashoggi into blame for the Islamic State, “Committing such a crime shows how a wrong ideology could lead to deviation and this is the same ideology that has created terrorist groups such as Daesh in the region.”