TrumpWatch, Day 594: The “Quiet Resistance” Within the Trump Administration 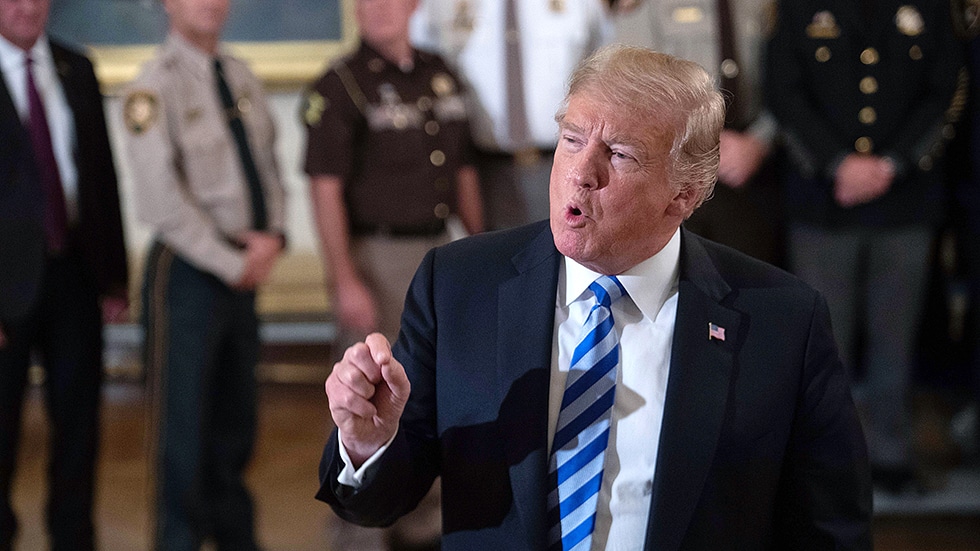 Donald Trump is shaken by the headline revelations of a “quiet resistance” among his White House advisors.

On Tuesday, extracts from Bob Woodward’s forthcoming book Fear set out Administration officials trying to contain an unpredictable and ill-informed Trump, taking documents from his desk and ignoring his instructions. White House Chief of Staff John Kelly spoke again of Trump as an “idiot”: “He’s gone off the rails. We’re in Crazytown.”

Kelly and other senior advisors denied the remarks attributed to them, but Woodward stood firm on the accounts, backed up by audio tapes of more than 100 interviews.

Then the White House was rocked on Thursday by the blunt declaration of one of its own, announcing the “resistance” from the inside to check Trump’s “reckless decisions”.

In an Op-Ed article in The New York Times, the “senior official in the Trump administration” writes:

The dilemma — which [Trump does not fully grasp — is that many of the senior officials in his own administration are working diligently from within to frustrate parts of his agenda and his worst inclinations.

I would know. I am one of them.

The official emphasizes that this is not a resistance from the “Left”: “We want the administration to succeed and think that many of its policies have already made America safer and more prosperous.”

We believe our first duty is to this country, and the president continues to act in a manner that is detrimental to the health of our republic….

The root of the problem is the president’s amorality. Anyone who works with him knows he is not moored to any discernible first principles that guide his decision making.

Unsettled since he learned on Tuesday of the Woodward revelations, Trump’s anxiety — including his demand that any staffer who spoke with the journalist be identified — was fed by the Op-Ed column. “Two people familiar with his private discussions” said Trump reacted with “volcanic” anger and was “absolutely livid” over what he considered a treasonous act of disloyalty

Kelly and other aides rushed in and out of the White House press office trying to establish a response. A hunt for the author of the Times article was launched, with attention to six possibilities. The “two people familiar” with Trump’s thinking said he suspects the official works on national security issues or in the Justice Department.

The phrase “The sleeper cells have awoken” circulated on text messages among aides and outside allies.

“It’s like the horror movies when everyone realizes the call is coming from inside the house,” said one former White House official in close contact with current staff.

Trying to regain the offensive, Trump harangued the “gutless editorial” and dismissed Woodward’s book as “a total piece of fiction” and “totally discredited”, threatening a review of libel laws.

By Thursday afternoon, he was going farther by threatening the gravest Federal charges against the senior Administration official:

Does the so-called “Senior Administration Official” really exist, or is it just the Failing New York Times with another phony source? If the GUTLESS anonymous person does indeed exist, the Times must, for National Security purposes, turn him/her over to government at once!

Trump continued his fightback at press appearances with his Cabinet and with law enforcement officers:

He closed his day with: “I’m draining the Swamp, and the Swamp is trying to fight back. Don’t worry, we will win!”