Podcasts: After Ford’s Testimony, the Issues Beyond Kavanaugh’s Confirmation 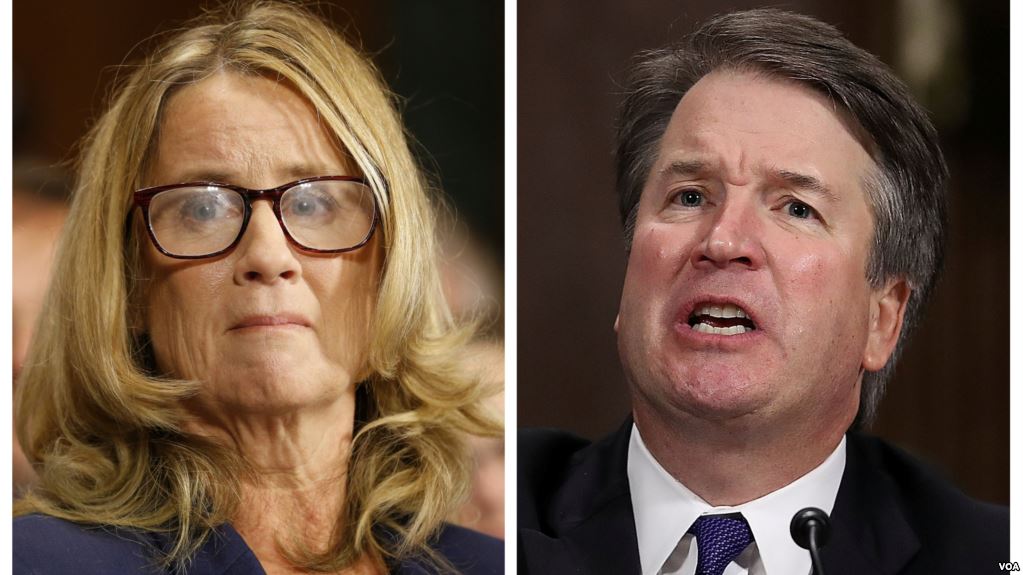 UPDATE, SEPT 29: Just before Friday’s unexpected developments, with leading Republicans forced into accepting a one-week FBI investigation of Brett Kavanaugh and delaying a Senate vote on his confirmation, David Dunn of the University of Birmingham spoke with BBC Berkshire:

We’ve heard the testimony of one woman. There are two or three other women who say he behaved inappropriately toward them….There are questions over his heavy drinking.

The Democrats are saying, “This is a lifetime appointment. There is no rush.” Let’s make sure this is an upright figure.

ORIGINAL ENTRY: During and after Thursday’s Senate Judiciary Committee hearing for Supreme Court nominee Brett Kavanaugh, in which Professor Christine Blasey Ford set out a sexual assault allegation, I spoke with British outlets.

While events have moved quickly, with the GOP pushing Kavanaugh through a committee vote, our discussion on wider issues — such as the significance of Ford’s testimony for women’s rights and dealing with the issue of sexual violence — continues to resonate.

#RT @talkRADIO: If Brett Kavanaugh is found guilty, would it signal the end of President Trump? Watch ▼@EamonnHolmes | @ScottLucas_EA pic.twitter.com/OiSoFU2YXH

If Brett Kavanaugh is found guilty, would it signal the end of President Trump? Watch ▼@EamonnHolmes | @ScottLucas_EA pic.twitter.com/OUjNDFCqXd