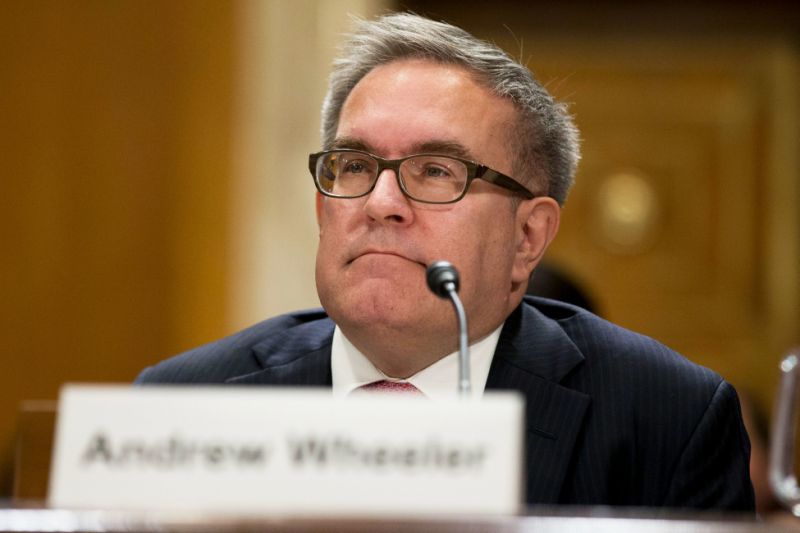 “Everything from research on chemicals and health, to peer-review testing to data analysis will inevitably suffer.”

Coral Davenport of The New York Times reports on the latest steps by the Environmental Protection Agency to limit its authority and capability to ensure environmental protection:

The Environmental Protection Agency plans to dissolve its Office of the Science Advisor, a senior post that was created to counsel the EPA administrator on the scientific research underpinning health and environmental regulations, according to a person familiar with the agency’s plans. The person spoke anonymously because the decision had not yet been made public.

The science adviser works across the agency to ensure that the highest quality science is integrated into the agency’s policies and decisions, according to the EPA’s website. The move is the latest among several steps taken by the Trump administration that appear to have diminished the role of scientific research in policymaking while the administration pursues an agenda of rolling back regulations.

Asked about the EPA’s plans, John Konkus, a spokesman for the agency, emailed a prepared statement from the science adviser, Jennifer Orme-Zavaleta, in which she described the decision to dissolve the office as one that would “combine offices with similar functions” and “eliminate redundancies”.

In an email, Dr. Orme-Zavaleta referred questions to the EPA’s public affairs office.

Dr. Orme-Zavaleta is an expert on the risks of chemicals to human health who has worked at the EPA since 1981, according to the agency’s website. It was unclear whether she would remain at the EPA once the decision takes effect.

Separately, on Tuesday, in an unusual move, the EPA placed the head of its Office of Children’s Health, Dr. Ruth Etzel, on administrative leave, while declining to give a reason for the move. Agency officials told Dr. Etzel, a respected pediatric epidemiologist, that the move was not disciplinary. As the head of an office that regularly pushed to tighten regulations on pollution, which can affect children more powerfully than adults, Dr. Etzel had clashed multiple times with Trump administration appointees who sought to loosen pollution rules.

Michael Mikulka, who heads a union representing about 900 EPA employees, said, “Clearly, this is an attempt to silence voices whether it’s in the agency’s Office of Children’s Health or the Office of the Science Advisor to kill career civil servants’ input and scientific perspectives on rule-making.”

The changes at the two offices, which both report directly to the head of the EPA, come as the agency’s acting administrator, Andrew Wheeler, a former coal lobbyist, is overseeing a reorganization of the agency.

After dissolving the office of the scientific adviser, Mr. Wheeler plans to merge the position into an office that reports to the EPA’s Deputy Assistant Administrator for Science, a demotion that would put at least two more managerial layers between the EPA’s chief scientist and its top decision maker.

“It’s certainly a pretty big demotion, a pretty big burying of this office,” said Michael Halpern, the deputy director of the Center for Science and Democracy with the Union of Concerned Scientists, an advocacy group. “Everything from research on chemicals and health, to peer-review testing to data analysis would inevitably suffer,” he said.

The move comes after several months in which the leaders of the EPA have systematically changed how the EPA treats science. The agency’s previous administrator, Scott Pruitt, who resigned in July amid allegations of ethical violations, in April proposed a regulation that would limit the types of scientific research that EPA officials could take into account when writing new public health policies, a change that could weaken the agency’s ability to protect public health.