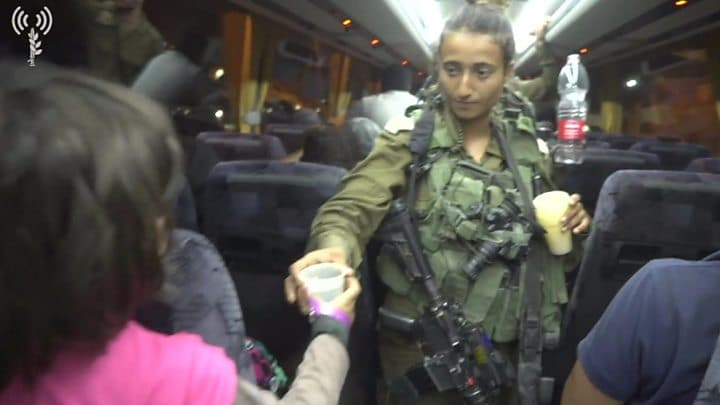 “Two Patriot missiles were fired at a Syrian Sukhoi-model fighter jet,” the Israel Defense Forces said in a statement. It said the aircraft was monitored as it approached the border with the Israeli-occupied Golan Heights after taking off from the T4 airbase in central Syria.

The IDF said it noticed increased Assad regime air force activity since the morning. “We have passed a number of messages, in a number of languages, in order to ensure that no one violates Israeli airspace,” said spokesperson Lt. Col. Jonathan Conricus.

The jet crashed in southwest Syria in the Yarmouk Basin, an area still under the control of the Islamic State. The fate of the pilots is unknown.

Syrian State news agency SANA confirmed that Israel shot at a fighter, but said the warplane was inside Syrian airspace when it was targeted.

Pro-Assad forces have moved to the border with Israeli-controlled territory for the first time since 2011, following the capture of most opposition territory in the southwest.

The downing was the first of an Assad regime warplane by Israel since 2014.

Syria’s White Helmets civil defense organization have confirmed the evacuation of 98 rescuers and 324 family members from the south of the country to Jordan via Israel.

The operation was carried out last weekend by an international operation including the UN refugee agency UNHCR, Israel, Canada, UK, Germany, and other countries. It followed the reoccupation of almost all opposition territory in southern Syria by pro-Assad forces, enabled by Russian bombing.

The rescuers and their families were at risk of retaliation by the security forces of the Assad regime, which — alongside Russia — has carried out an intensive campaign of propaganda and disinformation to smear the White Helmets. More than 250 volunteers have been killed, most of them by regime and Russian bombing, since the organization was formed in 2013.

In other surrenders this year, White Helmets have been able to move to opposition territory in northern Syria. But in the case of Daraa and Quneitra Provinces this month, “the initial circulated reconciliation agreement did not include any guarantees of safe passage for displaced humanitarian workers to other areas of Syria outside regime control”, according to a White Helmets statement:

As Syrians who love our country, it breaks our hearts to be forced to leave it, but it was the only alternative for our trapped volunteers who otherwise would have faced detention or death at the hands of the Syrian regime and Russia.

A Jordanian Government source said the evacuees will be kept in a “closed” location in Jordan and resettled in Britain, Germany, and Canada within three months. A second non-Jordanian source said the original plan was to evacuate 800 people, but operations were hampered by regime checkpoints and the expansion of Islamic State in southwest Syria.

The White Helmets say they have saved more than 115,000 lives in five years. About 2000 volunteers remain in opposition areas of Syria.

The Assad regime fumed on Monday that the evacuation was a “criminal operation” undertaken by “Israel and its tools”.