How Trump’s War on Immigrants is Affecting New York City 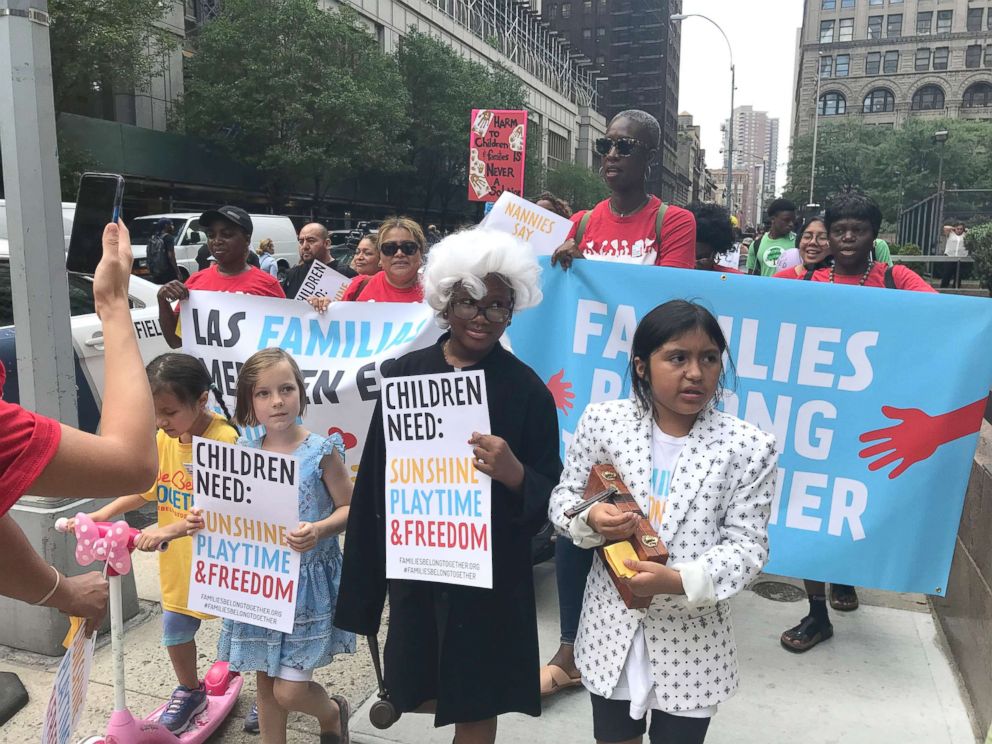 The Marshall Project has published a report, based on more than 100 interviews, on the effect in New York City of Donald Trump’s “zero tolerance” immigration policy. The introduction to the documentation and testimonies:

I think the only thing I can carry with me is that, if I do get the knock on the door, that when I leave this country, I have told this country who I am and what I represent. I’ve done everything I can.

An estimated half-million New Yorkers are undocumented. Whether they’ve lived here for two months or 20 years, they came to this city of immigrants—a place where more than a third of the population was born in another country—looking for the same things that have brought newcomers here for centuries: work and school opportunities, religious freedom, family, a haven from violence, persecution, political upheaval, and natural disaster.

In this “sanctuary city,” the local government promises to defend New Yorkers regardless of status, restricting law enforcement cooperation with federal immigration agents (although not prohibiting it entirely, to the chagrin of many immigrant advocates). But in recent months, with headlines about terrified toddlers in “baby jails” and a president who refers to migrants as an “infestation,” it’s become increasingly clear: In the era of Donald Trump, even New York City doesn’t feel safe for the undocumented.

Now, these are everyday scenes in the city: An Ecuadorian man gets arrested while delivering pizza in Brooklyn. A Chinese father of two is detained during an interview to become a legal permanent resident. Across the boroughs, there have been reports of Immigration and Customs Enforcement agents appearing in courthouses, workplaces, neighborhood streets, even a church, according to one advocacy group, sowing panic.

In the eight months after Trump’s inauguration, ICE arrests in the New York area jumped by 67 percent compared to the same period in the previous year, and arrests of immigrants with no criminal convictions increased 225 percent. During that time, ICE arrested 2,031 people in its New York “area of responsibility,” which includes the five boroughs and surrounding counties. These aren’t unprecedented numbers: ICE arrested almost four times as many people in New York City in 2010 as it did last year, and it picks up far fewer people here than in some other parts of the country.

Thanks to free legal assistance, in which the mayor has invested $30 million, according to the city, immigrant New Yorkers are more likely to be represented in court than many of their counterparts around the country. (Eighty percent in Queens versus, say, 39 percent in South Carolina.) Partly as a result, they’re less likely to get deported, according to data from Syracuse University’s Transactional Records Access Clearinghouse. Among the five U.S. counties with the highest volume of immigration cases, Queens had the highest proportion of immigrants who were granted deportation relief and the lowest proportion ordered removed from the country.

Despite all of that, Trump’s immigration crackdown has instilled a new level of fear throughout the city. Before he took office, many immigrants who were considered low priority for deportation—because they didn’t have criminal records, for example—were allowed to stay as long as they regularly reported to immigration authorities. But soon after his inauguration, Trump expanded the number of people considered a priority for deportation, and now, people whose only offense is staying in the country illegally are being flagged for removal.

For many immigrant New Yorkers, once ordinary activities are now fraught with dread.

Some immigrants who have been arrested by federal agents say they’ve been made to feel like criminals, subjected to inhumane conditions in overcrowded detention facilities while they await deportation proceedings, which can take months or even years. Meanwhile, their desperate families scramble to scrape together legal fees that easily reach thousands of dollars. Although many manage to stave off deportation with the help of a lawyer, others are not so lucky. Flown to unfamiliar countries where they may not have lived in decades, the deported often arrive with no money, no cell phone, no transportation, no place to stay. Back in New York City, their absence, often dizzyingly sudden, leaves children, spouses, parents, siblings, friends, colleagues, churches, and entire communities reeling—and wondering who could disappear next.

“All of those in violation of the immigration laws may be subject to immigration arrest, detention and—if found removable by final order—removal from the United States,” ICE spokesperson Rachael Yong Yow said. The agency takes abuse allegations very seriously and is “committed to ensuring that those in our custody reside in safe, secure, and humane environments,” she added.

It’s perhaps no surprise that many immigrant New Yorkers, who for years have tried to do the right thing, such as paying taxes and checking in with ICE, are retreating into the shadows. “This Trump administration came in and immigrants, even the permanent residents, even the people who have their status, they have this fear. And the people who are undocumented, I think they realize it’s time to hide,” says Youngmin Lo, 35, an undocumented South Korean who is a pastor at Faith Presbyterian Church of Maspeth, Queens.

The Marshall Project and New York Magazine contacted more than 100 people around the city—immigrants, lawyers, and advocates—to find out what life is like for undocumented New Yorkers in the age of Trump. There was the 23-year-old undocumented Dominican woman from the Bronx who was detained on her honeymoon in Niagara Falls. The Manhattan teenager who couldn’t bring herself to tell her friends that her father was deported to Gambia. And the bright middle school student in Harlem who suddenly disappeared earlier this school year; an aunt told her principal that her family had fled to Canada to escape ICE. “Palpable fear has just become part of their lives at this point,” said Dr. Constance Bond of St. HOPE Leadership Academy Charter School in Harlem, about her students from immigrant families. As it has for hundreds of thousands of New Yorkers.