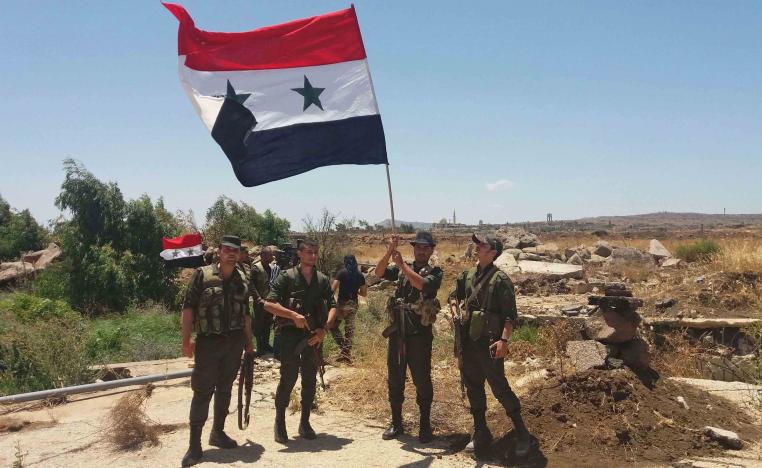 Sources say rebels have agreed to surrender in Quneitra Province in southwest Syria, near the Israeli-occupied Golan Heights.

The capitulation is the latest success for pro-Assad forces, enabled by Russian bombing, in their offensive which began June 19 to retake all opposition territory in southern Syria.

The opposition now only holds a pocket in neighboring Daraa Province, much of which capitulated last week. Only the towns of Nawa and Tasil and the surrounding area, near the Damascus-to-Amman highway, is holding out. Pro-Assad forces are bombing and bombarding, killing and wounding at least 165 people, to bring a final surrender.

Fighting also continued on Thursday near the strategic hilltop of Tel al-Haara, seized by pro-Assad forces this week.

Syrian State media said 10 buses entered a village in Quneitra on Thursday night to remove rebels and family members to the opposition’s last major area in Idlib Province in northwest Syria. Fighters agreed to give up heavy and medium-sized weapons.

An outlet of Hezbollah, a key ally of the Assad regime, echoed the report. It said the agreement provides for “the return of the Syrian army, represented in the 90th and the 61st brigades, to the positions that it was in before 2011”, when the Syrian uprising began in Daraa city on the Jordanian bordder.

A rebel source said Russian military police will accompany the same two Syrian army brigades “to the ceasefire line and the demilitarized zone, according to the 1974 agreement” between Syria and Israel.