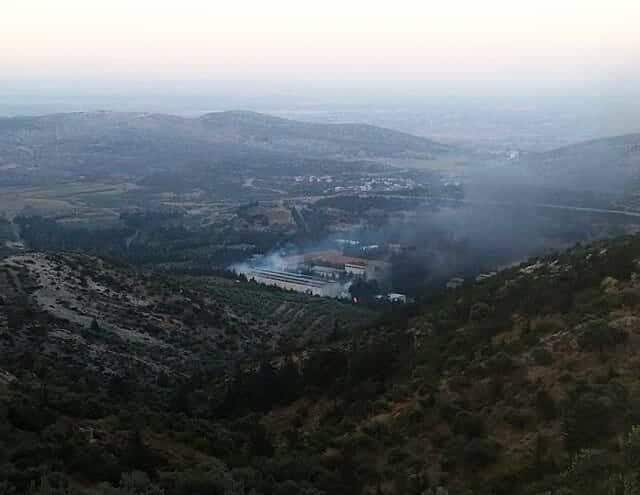 Israeli missiles struck an Assad regime base in Hama Province in northwest Syria on Sunday.

The strike targeted the Masyaf base (see map), involved in chemical weapons production and believed to host a team of Iranian military experts, just before dusk.

Syria State media reported the the attack, but the Israeli military followed its customary practice of refusing comment.

Israel’s warplanes have periodically carried out raids during Syria’s 88-month conflict. Initially the Israelis sought to disrupt transfers and weapons to Lebanon’s Hezbollah, an Assad regime ally, and to deter the movement of Hezbollah and Iranian forces into southwest Syria near the Israeli-occupied Golan Heights. Later they expanded the attacks to target Iranian personnel and positions as Prime Minister Benjamin Netanyahu demanded the withdrawal of Tehran’s military presence across Syria.

Last week, Israeli military struck the Nayrab base near Aleppo International Airport. Opposition sources said several Iranians were among those killed at the logistics site.

Netanyahu said on Sunday: “We are continuing to act in Syria to prevent Iranian entrenchment there.”

Masyaf was also attacked by the US on April 14, as the Americans targeted the Assad regime’s chemical weapons facilities, a week after a deadly chlorine assault on Douma near Damascus.