Syria Daily: A Russia-Israel Agreement for Assad Regime to Take Over South? 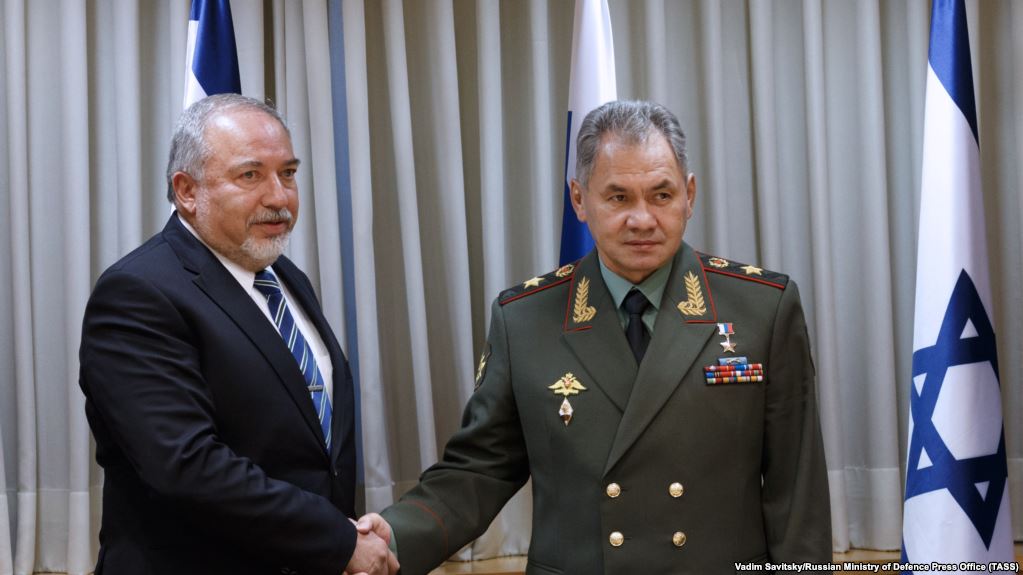 Russia and Israel are in discussions over an Assad regime takeover of opposition territory in southern Syria, according to Russian and Israeli media.

The two countries, who have had arrangements for cooperation since just before the Russian military intervention in September 2015, have been considering Israel’s objections to any pro-Assad offensive which includes Hezbollah, Iranian units, or Iranian-led foreign militia.

The Assad regime has vowed to take the territory in Dara’a Province — the site of the initial uprising in the seven-year conflict — and Quneitra Province, near the Israeli-occupied Golan Heights. But the regime’s military has been unable to make a major advance without Russian air support and the foreign troops on the ground.

On Monday and Tuesday, Russian Foreign Sergey Lavrov indicated an acceptance of the Israeli condition when he said all “non-Syrian” personnel must leave the zone near the Golan and along the Jordanian border. He pointed to a political process: the US, which agreed a “de-escalation zone” with Russia last July, would distance itself from the opposition and Jordan would press for rebel withdrawal.

But the trip of Israeli Defense Minister Avigdor Lieberman to Moscow then sparked the reports of an agreement over Assad regime military operations if the political process does not bring the rebel departure.

Russia will influence Assad to ask Iran to keep a distance of 20 kilometers (12.5 miles) from the Israeli border, as was previously agreed. In addition, [Russia will pressure Assad to ask Iran] not to constructed permanent intelligence, missile launch and anti-aircraft bases, and positions across all of Syria. Israel will be allowed to attack Iran in Syria as long as it coordinates with Russia and doesn’t act against Assad.

Alex Fishman of Yedioth Aharonot went even farther, saying Israeli and Russian officers will coordinate the details of an Assad regime’s offensive. Russian Defense Minister Sergey Shoigu asked Lieberman for a commitment not to harm Russian advisors accompanying the regime forces. Israel is also demanding the return of UN peacekeepers to the demilitiarized zone along the Golan fence, according to the Israeli reporter.

Fishman said he was just repeating the claims of the Russian daily Kommersant, but as journalist Elizabeth Tsurkov noted: “That report doesn’t contain most of these details. I.e. he was given info on background & can’t divulge this. Goes to show the high sensitivity around the talks.”

Responding to the claims, the Free Syrian Army faction Firqat Usud al-Jolan called on “all Arab and regional countries to…intervene and abide to their commitments and moral obligations toward the Syrian people”.

Officially, Shoigu saidafter the 90-minute meeting with Lieberman on Thursday, “The development of the situation in Syria is demonstrating a positive trend.”

Lieberman said the meeting had concluded “successfully”: “Israel greatly appreciates Russia’s understanding of our security needs, especially regarding the situation on our northern border.”

But Russia’s Ambassador to the UN, Vasily Nebenzya, elaborated to journalists on Friday, “My understanding is that the agreement was reached. Whether it has been implemented as of now, I cannot answer. If it hasn’t been done by now, it will be done in the near future.”

“Assad Can Stay if Iran Leaves”

Israel has no problem with Assad remaining in power as long as the Iranians leave the country. We will continue to operate militarily against the Iranians in Syria hoping that the Russians or the Syrian regime will ask the Iranians to go home.

Israel has periodically struck regime and Iranian positions throughout the conflict, disrupting missile and weapons transfers to Lebanon’s Hezbollah, another key ally of Assad. The attacks have widened in recent months to target Iranian personnel at regime bases through the country, including the largest assault so far last month.