Iran Daily: Zarif — “To Save Nuclear Deal, Compensate Us for Our Losses” 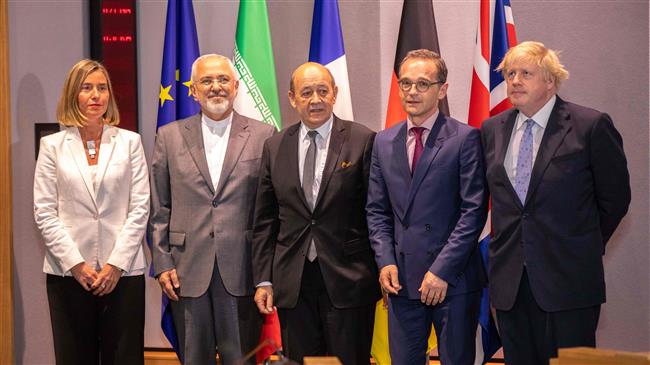 Iran’s Foreign Minister Mohammad Javad Zarif has told foreign powers that, to save the July 2015 nuclear deal, they must compensate Tehran for losses from expanded US sanctions.

Zarif set out the line on Twitter on Thursday, by posting a May 23 letter responding to a statement by US Secretary of State Mike Pompeo detailing the Trump Administration’s withdrawal from the agreement. The Foreign Minister rejected Pompeo’s claims of Iranian aggression in the Middle East, as well as violation of the deal, and said:

If the JCPOA [Joint Comprehensive Plan of Action] is to survive, the remaining JCPOA participants need to ensure that Iran is compensated unconditionally through national, regional, and global measures.

My letter to fellow foreign ministers on steps to take to address US' unlawful withdrawal from JCPOA. Its ever-expanding economic bullying requires action to save not just the accord, but multilateralism and the rule of law. pic.twitter.com/qoJszbKzOM

Seeking to contrast Iranian behavior with that of the US Government, Zarif maintained that Iran was pursuing the nuclear deal “in good faith to find solutions”. He then repeated his warning:

[We must] determine whether and how the remaining JCPOA Participants and other economic partners can ensure the full benefits that the Iranian people are entitled to derive….

I should like to emphasize that the United States cannot be allowed to benefit from its unlawful withdrawal from the JCPOA, nor can it threaten or compel other States into violating a Security Council resolution.

Iran had hoped to counter the US withdrawal with assurances from foreign powers, especially the European Union and its members, of ongoing trade and investment. However, it has suffered a series of setbacks in recent days with major companies announcing suspension of business.

While the EU has promised a “blocking mechanism” to shield some firms from US sanctions, the European Investment Bank said on Wednesday that it cannot provide guarantees because of its need to raise funds in the US Iran Daily: Europe Backing Away from Economic Commitments to Tehran.