TrumpWatch, Day 504: Trump to Walk Away from Criticism at G6+1 Summit 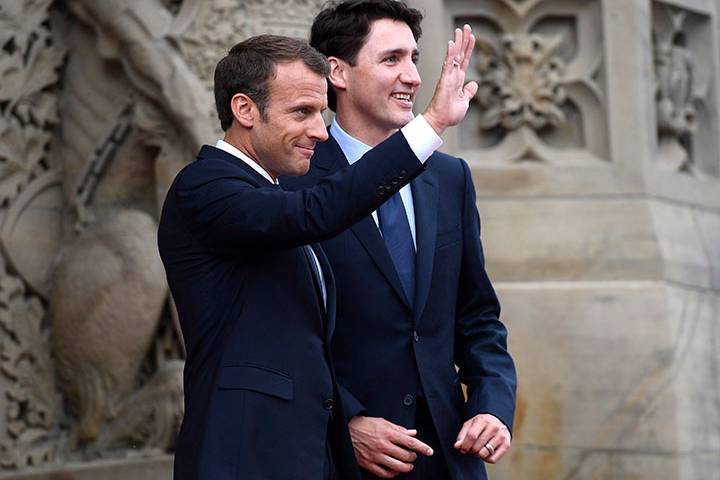 Macron and Trudeau Warning Over US “Hegemony”

Donald Trump has made clear that he will walk away from criticism at Friday’s G7 summit, even as other leaders are warning about an unprecedented challenge from a US Administration which has imposed tariffs on its closest allies.

White House Press Secretary Sarah Huckabee Sanders said on Thursday that Trump will leave Canada at 10:30 a.m. Saturday. He will attend an early-morning session on “women’s empowerment”, but will skip scheduled sessions on climate change, clean energy and oceans and will not be involved in any joint statement.

Trump threw a series of punches on Twitter on Thursday night, after President Emmanuel Macron of France and Prime Minister Justin Trudeau of Canada had challenged Trump’s steel and aluminum tariffs in a joint press conference.

Please tell Prime Minister Trudeau and President Macron that they are charging the U.S. massive tariffs and create non-monetary barriers. The EU trade surplus with the U.S. is $151 Billion, and Canada keeps our farmers and others out. Look forward to seeing them tomorrow.

Macron accompanied the appearance with Trudeau with a Twitter stream setting up a G6+1 in which the US can be isolated:

The French leader jabbed at Trump, “No leader is eternal” and said, “We Allies cannot wage a trade war on each other” as he cautioned, “The six other G7 countries combined form a larger market than the American market. This must not be forgotten.” He summarized:

The will to have a text signed by 7 countries must not be stronger than the content of that text. On principle, we must not rule out a 6+1 agreement. #G7Charlevoix https://t.co/QZ0TQaQyrF

Trudeau said at the joint press appearance, “We are going to defend our industries and our workers….[We will] show the US President that his unacceptable actions are hurting his own citizens.”

But Trump was undeterred, putting out further suspect claims:

Prime Minister Trudeau is being so indignant, bringing up the relationship that the U.S. and Canada had over the many years and all sorts of other things…but he doesn’t bring up the fact that they charge us up to 300% on dairy — hurting our Farmers, killing our Agriculture!

Canada and the EU have filed cases against the United States at the World Trade Organization, and they have announced retaliatory tariffs in a tit-for-tat series of economic moves that could set off an all-out trade war.

However, Trump is focused on another photo: his appearance on Tuesday in Singapore with North Korea’s Kim Jong-un, who has received warmer words from the President — calling him a “very honorable man” — than those given to European or Canadian leaders in recent days.