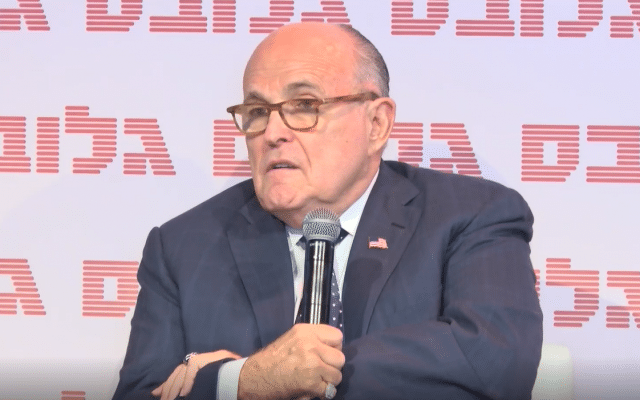 At a conference in Tel Aviv, Israel on Thursday, Giuliani was defending Trump’s assertion that he can pardon itself even though “he isn’t going to do it — he’s innocent. He hasn’t done anything wrong.”

He put out Trump’s lie that Mueller’s team are “a group of 13 highly partisan Democrats” — the Special Counsel and several of the team are registered Republicans — and then said, “They are trying to frame him [Trump], to get him in trouble when he hasn’t done anything wrong.”

In a later interview, Giuliani tried to explain his use of the incendiary word “frame”:

He rejected the claim that he and Trump are damaging the FBI and the Justice Department with attacks on the agencies’ approach to the Russia investigation: “We’re trying to purify institutions.”