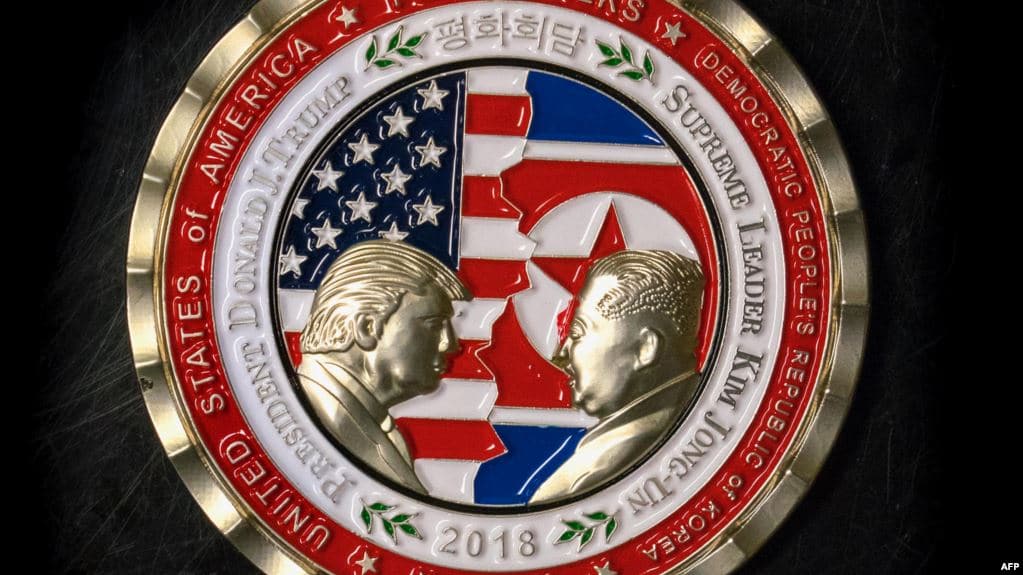 Trump combines regret and threat in letter to Kim Jong-un

Developments on Day 490 of the Trump Administration:

With his administration in confusion after North Korea’s shift from conciliation to a firm line on issues such as its nuclear weapons and missile programs, Donald Trump postpones a June 12 summit with Kim Jong-un.

In a letter to Kim on Thursday, backed up by an appearance at the White House, Trump cited the “tremendous anger and open hostility” in two recent North Korean statements making clear that Pyongyang will not give its programs to ensure any face-to-face encounter.

North Korea issued the statements on May 16 and last Wednesday, suspending both a meeting with South Korean officials and a preparatory discussion in Singapore — the proposed summit site — with the Americans. They were handed the opportunity by US National Security Advisor John Bolton and Vice President Mike Pence, both of whom cited a “Libyan model” for a settlement.

Pyongyang read this as a threat of regime change alongside its denuclearization: in 2004 Libya halted its nuclear weapons program, with leader Muammar Qaddafi overthrown by an uprising seven years later.

Trump, whose garbled reaction last Friday mixed up the 2004 and 2011 Libyan episodes, did not refer to the matter in his letter.

Instead he issued general, personal declarations:

I felt a wonderful dialogue was building up between you and me, and ultimately, it is only that dialogue that matters….This missed opportunity is a truly sad moment in history.

Signing the letter “sincerely yours”, Trump held out hope that the summit can still take place, “Some day, I look very much forward to meeting you”, as he thanked Kim for the release of three American detainees last month.

He added at a bill-signing ceremony:

If and when Kim Jong-un chooses to engage in constructive dialogue and actions, I am waiting.

But Trump also issued a warning harking back to his Twitter threats and insults of “Little Rocket Man” last year: “You talk about nuclear capabilities, but ours are so massive and powerful that I pray to God they will never have to be used.”

In a measured statement, Pyongyang kept open the possibility of a Trump-Kim meeting.

Kim Kye-gwan, a Vice Foreign Minister, said, “The unilateral cancellation of the summit was unexpected and very regrettable. [We are] willing to sit down with the United States any time, in any format, to resolve the problems.”

South Korean Foreign Minister Kang Kyung-wha and Secretary of State Mike Pompeo spoke via telephone and agreed to continue working toward creating the right conditions for a summit.

However, officials said that the South Koreans had been taken aback by Trump’s postponement, with President Moon Jae-in given no notice of his letter — just as Trump had surprised Seoul in late March with his sudden acceptance of an encounter with Kim.

The White House breaks the rules set for the unprecedented provision of intelligence, from the Trump-Russia investigation, by the Justice Department to GOP legislators.

Donald Trump and his allies forced Thursday’s briefing with months of pressure on the Justice Department, FBI, and Special Counsel Robert Mueller. In recent weeks, the effort has put out the false story that the FBI placed a “spy” within the Trump campaign in 2016.

Deputy Attorney General Rod Rosenstein, overseeing the inquiry, finally agreed to the briefing of the legislators. However, given the investigation concerns Trump and his advisors, the White House was not to be present as the sensitive information was disclosed.

White House lawyer Emmet Flood attended despite the restriction. Trump’s personal attorney Rudy Giuliani later indicated that the intelligence would be used for Trump to prepare for any questioning by Mueller’s team.

Giuliani made clear to @DanaBashCNN that knowing about the confidential FBI source is a prerequisite for any interview with Trump.

He said they should divulge information about the confidential source “unless they want to give up an interview with the president.”

UPDATE: WH says Kelly and Flood did not attend the substantive portion of the briefings today at DOJ & Hill on informant & Trump campaign. They made 'brief remarks' about POTUS's desire for transparency. Then left meetings.

In September 2017, Stone told the House Intelligence Committee that he “merely wanted confirmation” from an acquaintance that Assange had information about Clinton.

But in a September 18, 2016 message — not provided to the committee — Stone urged an acquaintance, New York radio presenter Randy Credico, to ask the WikiLeaks founder for e-mails related to Clinton’s alleged role in disrupting a purported Libyan peace deal in 2011 when she was Secretary of State:

Credico initially responded to Stone that the material would be on WikiLeaks’ website if it existed. Stone replied, “Why do we assume WikiLeaks has released everything they have???”

Credico then asked Stone to give him a “little bit of time”< saying he thought Mr. Assange might appear on his radio show the next day. A few hours later, Credico followed: “That batch probably coming out in the next drop....I can’t ask them favors every other day. I asked one of his lawyers....They have major legal headaches riggt now....relax."Stone insisted to The Wall Street Journal that Credico had "provided nothing" and asserted, “I never had possession or access to any Clinton e-mails or records."

Roger Stone sought hacked emails from the leader of a hostile foreign intelligence service. It is a federal crime to knowingly receive stolen material that has crossed a national or international boundary and is worth at least $5,000. https://t.co/rm9hzCfsET

The former Trump advisor is already under scrutiny by Special Counsel Robert Mueller’s team because of his contacts with “Guccifer 2.0”, the hacker who claimed to have obtained the e-mails damaging to Clinton. Prosecutors have asked about Stone’s claim to have met with WikiLeaks during the campaign.

The US intelligence community says WikiLeaks received material from operatives working on behalf of Russia’s military intelligence group. Assange has denied the conclusion.