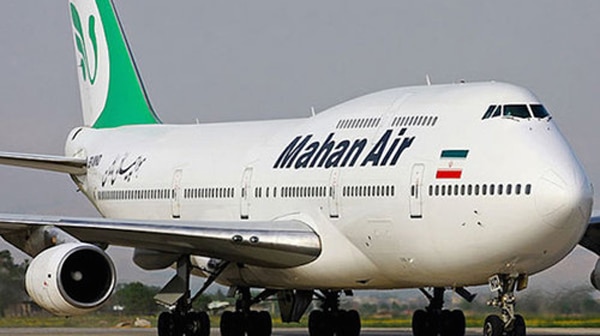 In its latest round of sanctions after withdrawal from the Iran nuclear deal, the US Government has punished several Iranian and Turkish companies connected with four Iranian airlines.

The Treasury targeted aircraft of Mahan Air, Meraj Air, Caspian Airlines, and Pouya Air. It claimed that Mahan and Meraj have carried weapons, fighters, and money to Syria and Lebanon, while Caspian and Pouya have granted landing rights and provided services to the planes.

“The deceptive practices these airlines employ to illegally obtain services and US goods is yet another example of the duplicitous ways in which the Iranian regime has operated,” Treasury Secretary Steven Mnuchin said in a statement.

Since Donald Trump ordered the US withdrawal from the nuclear agreement on May 8, the Treasury has approved several sets of sanctions on Iranian companies and individuals. On Tuesday, restrictions were imposed on five Iranians whome the Treasury said had provided weaponry and expertise, either on their own initiative or through the Revolutionary Guards, to Yemen’s Houthi insurgency.

Existing US sanctions already threaten large fines on any foreign company which has an American interest and is linked to Iran. Trump’s order for withdrawal demands that all foreign firms and banks end their trade and investment with the Islamic Republic by November.