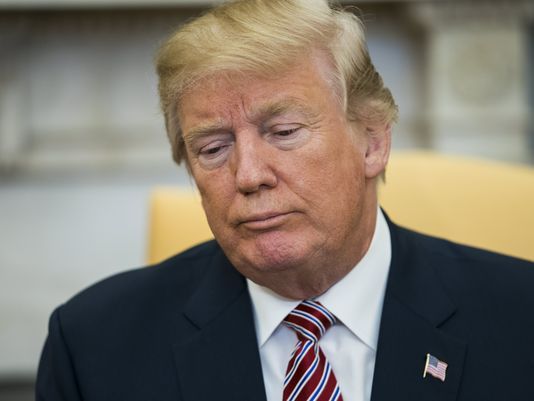 Donald Trump has blocked the release of a Democratic document rebuffing the Nunes Memo which tried to undermine the FBI and halt the Trump-Russia investigation.

Earlier this week, the House Intelligence Committee finally voted for the publication of the 10-page critique by the Democrats. The committee’s Republicans had been under pressure for more than a week after they backed release of the memo by chairman Devin Nunes, which was quickly challenged for its omissions, distortions, and false statements.

Nunes has pursued the campaign against the FBI even though he formally recused himself last April from Trump-Russia hearings, following revelation of his meetings with White House officials. His four-page memo alleged that the FBI abused its authority in obtained a surveillance warrant of Trump campaign advisor Carter Page from the top-secret FISA court in October 2016.

The claims were quickly taken apart. Page was under FBI scrutiny from 2013, well before his connection with Trump, because of suspicions that he was being recruited by Russia as an agent. Contrary to the memo’s central assertion that it was relying exclusively on a 2016 dossier collected by the private firm Fusion GPS, the FBI cited multiple streams of intelligence to obtain the FISA warrant.

See Political WorldView Podcast: The Trump and #ReleaseTheMemo Edition
Podcast: A Beginner’s Guide to Trump-Russia and the Nunes Memo

On February 2, Trump acted quickly to release the memo, despite the objections of the FBI and the Justice Department about the flawed claims and the possible exposure of sensitive national security sources and information. He insisted that the memo vindicated him in the Trump-Russia investgiation by Special Counsel Robert Mueller.

In contrast, McGahn wrote the House Intelligence Committee that the Democratic document could not be released because it “contains numerous properly classified and especially sensitive passages” — even though the Justice Department reviewed the 10 pages and cleared it after recommending some redactions.

McGahn pointed to a White House strategy to delay any release by insisting on further redactions. He said Trump could consider publication if the committee revised the document to “mitigate the risks”.

Representative Adam Schiff, the leading Democrat on the committee, warned earlier this week that Trump would play politics and call for “political edits” to hold up the rebuttal.

Trump responded with a tweet calling Schiff one of “the biggest liars and leakers” in Washington.

McGahn maintained on Friday that Deputy Attorney General Rod Rosenstein and FBI Director Christopher Wray, had raised “significant concerns” over some parts of the Democratic document.