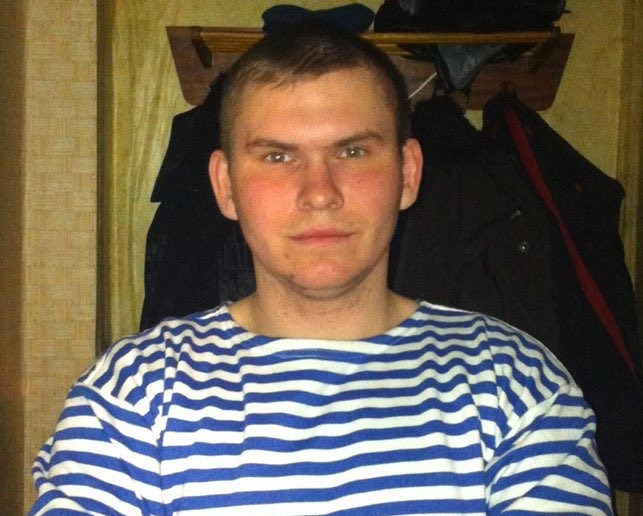 UPDATE 1530 GMT: More than 200 soldiers in “private military companies”, mainly Russians, died in last week’s US airstrikes, according to “two Russians familiar with the matter”. A US official put the death toll at about 100, with 200 to 300 injured.

A PMC commander said dozens of his wounded men are still being treated at military hospitals in St. Petersburg and Moscow.

The identity of a sixth slain Russian fighter, Alexei Shihkov, has been confirmed:

The officials said pro-Assad forces fired on US special forces and Syrian Democratic Forces troops near the same locationa as last week’s battle. Three personnel inside the tank were killed, while there were no US or SDF casualties.

The Russian military was notified of the incident, the officials said, maintaining the US-Russian arrangements for “deconfliction”.

Russian troops were among pro-Assad forces killed by US airstrikes last Thursday, after the Americans intervened to check an attack on the US-supported, Kurdish-led Syrian Democratic Forces in eastern Syria.

The US military said the strikes slew more than 100 troops, part of a 500-strong force that tried to seize a gas plant from the SDF in Deir ez-Zor Province, east of the Euphrates River.

Soon after the assault, photos and messages on social media claimed Russian casualties. An analyst specializing in coverage of Russian “private military companies”, Roman Saponkov, estimated that 20 to 25 of their fighters were killed.

The Kremlin and its military use the PMCs, such as the Wagner Group, to officially deny the extent of Russian involvement on the ground in Syria. After the US strikes, Russia’s Defense Ministry said no Russian troops were in the pro-Assad operations.

But on Monday, the Russian-based Conflict Intelligence Team summarized posts on social media from relatives and colleagues that identified some of the dead. In addition to Alexey Ladygin, whose death was reported soon after the battle, Stanislav Matveev and Igor Kosoturov were named as casualties. A Russian Baltic Cossack organization said one of its members, Vladimir Loginov, was killed.

All four men appear to have been members of the Wagner Group.

Colleagues spoke to Reuters about the death of Loginov and added a fifth name, Kirill Ananiev.

Maxim Buga, a leader of the Cossack community that included Loginov, said “dozens” of Russian fighters were killed.

Meanwhile, a prominent social media account claiming ties with the Assad military published video and photos of the funerals for some of the slain members of the “ISIS Hunters” militia, which draws many of its fighters from Hama Province:

The account also circulated a photograph of militiamen from Hama Province with Russian troops:

The Assad regime has rejected the main outcome of last month’s Russian-organized conference for a “national congress”.

The two-day event in the southern Russian city of Sochi was limited because of the absence of the opposition; however, it announced that a UN committee would draft a new Constitution. The UN’s envoy for Syria, Staffan de Mistura, said would select about 50 people from government, opposition and independent groups, and the opposition said it would cooeprate.

But on Tuesday, Ayman Soussan, an assistant to the Syrian Foreign Minister, said:

De Mistura is a facilitator and not a mediator or a stand-in for other parties.

The envoy said that he will brief the UN Security Council on Wednesday, but French Ambassador François Delattre has already called the Assad regime’s statement “completely unacceptable“.

In its latest propaganda — both to smear White Helmets rescuers and to divert attention from Assad regime chemical attacks — the Russian military is declaring a plot involving the Islamist hardline bloc Jabhat al-Nusra and White Helmets for their own chemical assault in Idlib Province in northwest Syria.

Citing a “resident”, the Russian “Center for Reconciliation” said Jabhat al-Nusra brought in “more than 20 bottles of chlorine and personal protective equipment on three cars” on Monday.

The center presented preparations for a “false flag” attack to blame the Assad regime. It said White Helmets rehearsed first aid to those allegedly affected by chemical poisoning, as TV correspondents filmed the event and used a microphone covered with the logo of a Western television company.

Last April, the Assad regime used sarin nerve agent on the town of Khan Sheikhoun in Idlib Province, killing up to 92 people and injuring hundreds. Since then, the regime has regularly resorted to chlorine attacks in Idlib and in East Ghouta near Damascus, with three in the latter area in the last month.

Tillerson Says US Aware of Turkey Concerns, But Ankara Blasts US Aid to Kurdish YPG

Amid its offensive against Kurdish militia in northwest Syria, Turkey has again challenged US backing of the Kurdish-led Syrian Democratic Forces.

In a speech in Kuwait on Tuesday, US Secretary of State Rex Tillerson said he was aware of Turkey’s “legitimate security concerns”.

But Ankara denounced a provision in the Pentagon’s budget for another $300 million to train and equip the SDF, led by the Kurdish militia YPG since it was created in autumn 2015 to push back the Islamic State in northern Syria.

The Erdoğan Government considers the Syrian Kurdistan Democratic Party (PYD) and its YPG militia to be part of the Turkish Kurdish insurgency PKK, which has fought Turkish security forces for more than 30 years.

Last month, reports said the US planned to create a “border security force” with 30,000 personnel, half from the SDF. Tillerson walked back the proposal, but days later, Turkey launched its offensive alongside Syrian rebels against the YPG in the Kurdish canton of Afrin.

Rebels: We Have Eliminated Islamic State Offensive in Idlib Province

Rebels say they have broken up the Islamic State offensive that briefly entered opposition-held Idlib Province in northwest Syria.

A commander in the Ahrar Al-Sham faction, Hussam Salama, said “hundreds” of ISIS fighters surrendered:
“The illusionary state and legend of ISIS and its foreign agenda have ended. The Green revolution has ended the first black project and the revolution will continue.”

Captain Naji Abu Hudayfah, the spokesman of the Free Syrian Army’s operating room, put the number of surrendered at 390, of whom 90 are injured.

Earlier this month rebels and opposition activists accused the Assad regime’s forces of allowing the ISIS fighters to move through their lines in neighboring Hama Province, so an Islamic State attack in Idlib could complement the pro-Assad offensive that has pushed into the southeast of the province this winter.

A statement from the Free Syrian Army on the surrender and the alleged collusion between pro-Assad forces and ISIS:

The Russian Foreign Ministry objected to the “violation of Syrian sovereignty” and ignored Israel’s cited cause for the attacks, the interception of an Iranian drone in Israeli airspace. Putin asked Netanyahu to avoid moves that could lead to “a new round of dangerous consequences for the region”.

But, while warning Israel not to hit Russian forces in Syria, Moscow pointed avoided any reference to Iranian, Iranian-led, and Assad regime units and facilities.