Donald Trump is a Racist Who Preys on the Helpless 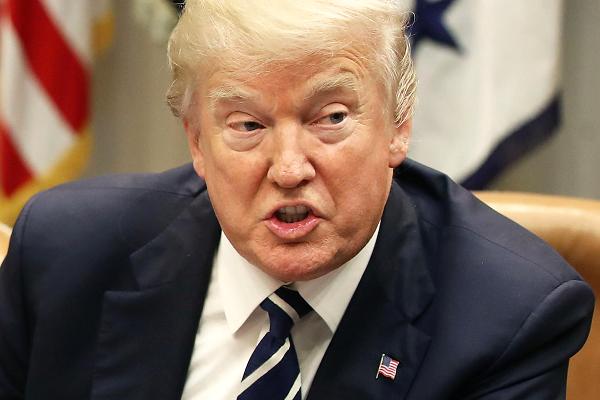 “This is not only about racism. It is about the power to kick the helpless, the deprived, the desperate”

Written in partnership with CNN:

Donald Trump is a racist.

This should be said without excuses, without evasions, without caveats.

Trump’s angry complaint on Thursday about “all these people from shithole countries” is only the latest version of his dislike of entire groups of people based on their place of origin or their religion. During the 2016 campaign there was the portrayal of Mexicans as drug dealers and rapists. Last year he retweeted Islamophobic videos by a far-right British group. He pronouced that “all Haitians have AIDS” and that Nigerians don’t want to go back to their “huts”.

But this is not only about racism. It is about power — Donald Trump’s power and that of his Administration in kicking the helpless, the deprived, the desperate.

See also It’s Not Just Fire and Fury. It’s an Unfit President.
Podcasts: From Trump’s Racism to His Cancelled Visit to UK

Context is essential here. This is an Administration which has tried to bar entry to all people from certain, mainly-Muslim countries because they are presumed to be dangerous. It has sharply reduced the numbers of immigrants allowed into the US. It has all but closed America’s doors to refugees, including those from the Syrian civil war. It is removing Temporary Protected Status for hundreds of thousands who have fled the devastation of earthquakes: from Nicaragua, Haiti, El Salvador, and probably Honduras.

Donald Trump’s racism is not directed at Chinese, for Beijing represents a large economy and an influential power — and China’s leaders gave him a lavish welcome last year. It is not directed at Saudis, for Riyadh has oil and a key regional position — and Saudi leaders laid on the gold and the flattery for his trip in May.

Trump’s denigration is reserved for those whom he believes cannot offer him anything. No power, no profit, no adulation. Fleeing their “huts” and carrying AIDS, they are only a burden upon him.

That is why Trump invoked Norwegians as “good” immigrants, in contrast to the Haitians and the Africans, on Thursday. More than 80% of Norwegians are white, but they are also from a “developed” European country with — in Trump’s eyes — the manners and attributes to be worthy. And, of course, Norway’s Prime Minister Erna Solberg was at the White House on Wednesday, giving Trump the photo opportunity of playing leader that he always relishes.

While Trump grabs the “shithole” headlines, there are those behind him who are almost as important — specifically Stephen Miller, the 32-year-old hard-right advisor who has been given license to rip apart immigration policies. As a high school student, he derided Latino classmates because they supposedly “lacked basic English skills” and were not in his honors classes. He later wrote of “citizens [who] would rather spend time sewing blankets to cover women’s faces than improving the quality of life”. He objected to “someone from El Salvador celebrating their homeland, or someone from Vietnam bringing in food from their country of origin”. And, all the while he insisted that racism is “endangered” because of “Americanism”.

You see, Trump and Miller can’t be racist because they are Americans. But at the same time, they can cast aspersions upon — and now bring the weight of the Government down on — those who aren’t “American”. Those from Central America who try to escape disaster and rebuild lives but have nothing immediate to offer the reality TV star and his advisor. Those from Syria who have endured almost eight years of a war which has displaced half the country’s population, but cannot bring the money and goods to be worthy. Those from Nigeria or Somalia or Sudan who may have faced turmoil but will never be on the level of “us”.

The White House, which has not denied Trump’s comments, says instead that we should be talking about “security”. But the President’s remarks and his policies are not about security, at least the type of security that really matters. The security of having a home, a school, a hospital, a community, a way of life.

No, the only “security” for Mr. Trump and Mr. Miller is their personal security that they are better than those whom they will bar from the US. Better — even if, in the end, they can’t deport them — than the undocumented immigrants who will never be “American”. Better than the riff-raff, the ne’er-do-wells, and the dangerous.

Donald Trump is a racist.