It’s Not Just Fire and Fury. It’s an Unfit President. 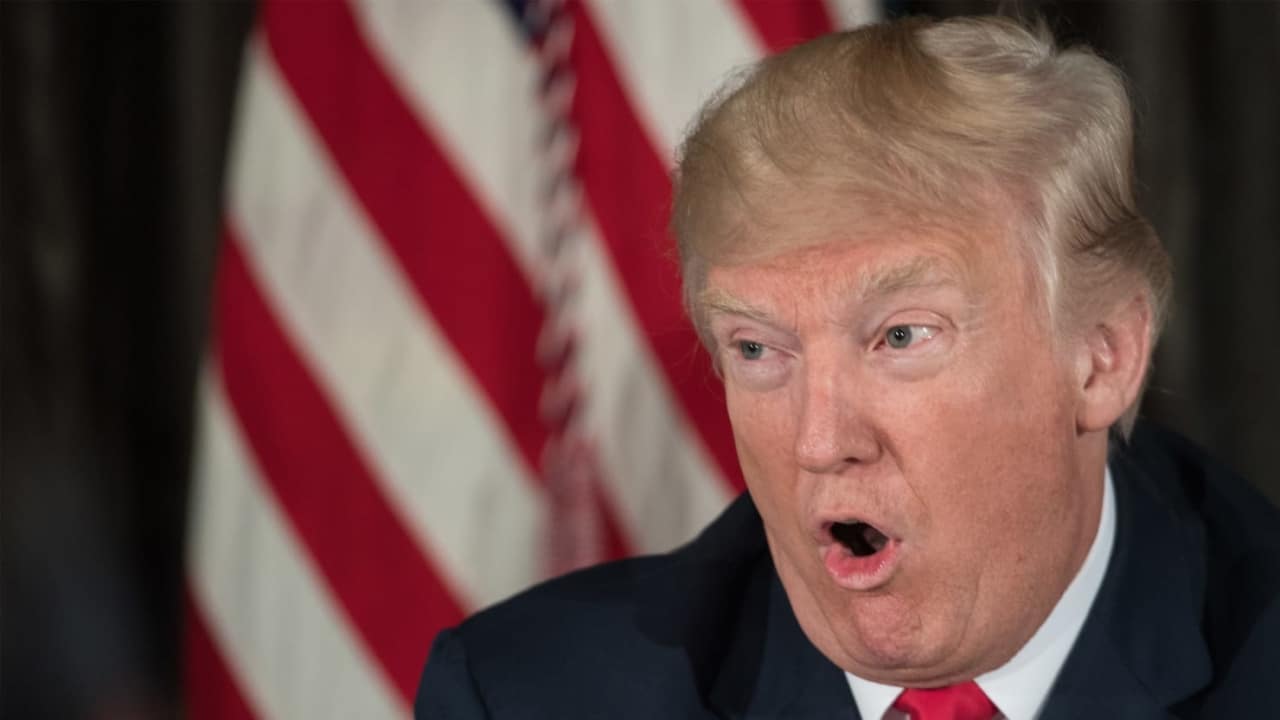 “Long before Michael Wolff’s book, the conclusion was that Donald Trump, in the words of Secretary of State Rex Tillerson, is a ‘fucking moron'”

To be precise, Michael Wolff, a veteran circulator of Washington and corporate gossip, tittle-tattle, and back-biting, fired the shot with the publication of his tell-all portrayal of Donald Trump’s campaign and administration. And the subject of that portrayal responded with fury that only bore out the book’s depiction.

It is a depiction, not from Trump’s enemies but from those close to him, that the man is not intelligent enough to be President. That he is not stable enough to be trusted as the Commander-in-Chief. That he might not be mentally fit to hold the job.

It is the conclusion that he, in the words of Secretary of State Rex Tillerson late July, is a “fucking moron”.

Failing to block the book and instead advancing its publication, the White House strategy has been to shoot the messenger and one of his primary sources, former White House chief strategist and Trump ally Steve Bannon.

In his unique way, Trump pursued the mission with both anger and enthusiasm:

Michael Wolff is a total loser who made up stories in order to sell this really boring and untruthful book. He used Sloppy Steve Bannon, who cried when he got fired and begged for his job. Now Sloppy Steve has been dumped like a dog by almost everyone. Too bad! https://t.co/mEeUhk5ZV9

But apart from touching up his portrait as a temperamental, ill-informed man-child, Trump missed the mark in his counter-attack. For even if Wolff is a huckster claiming Tablets from the Mount, others — very important others — had been spraying the graffiti on the White House walls since the day Trump took office.

It wasn’t Wolff who broke the story of Trump’s ineptitude. It was Tillerson, who exploded after Trump showed no comprehension on topics from Afghanistan to America’s nuclear arsenal. It was Trump himself, who gave incoherent, rambling answers in interview after interview, who created the African country “Nambia”, who handed out maps of his Electoral College victory to reporter after reporter and visitor after visitor, who made “covfefe” a household word with a late-night tweet.

It wasn’t Wolff who first questioned Trump’s stability. It was Democrat Senator Jack Reed telling GOP counterpart Susan Collins, “I think — I think he’s crazy. I mean, I don’t say that lightly and as a kind of a goofy guy.” It was Collins responding, “I’m worried.” It was Defense Secretary James Mattis and National Security Advisor H.R. McMaster, who reportedly made a pact that one of them will be in Washington at all times.

Republican Senator Bob Corker, the chair of the Foreign Relations Committee, said, “The President has not yet been able to demonstrate the stability nor some of the competence that he needs to demonstrate to be successful” and later called the White House “an adult day care center”. It was Republican Representative Kevin McCarthy, told colleagues, “There’s two people I think [Russian President Vladimir] Putin pays: [Representative Dana] Rohrabacher and Trump.”

North Korean Leader Kim Jong Un just stated that the “Nuclear Button is on his desk at all times.” Will someone from his depleted and food starved regime please inform him that I too have a Nuclear Button, but it is a much bigger & more powerful one than his, and my Button works!

What Wolff brings is testimony from Trump’s inner circle. Foremost among this are the damning words of Bannon, the campaign manager who arguably propelled Trump to victory and then the hard-right ideologue who was going to ensure that their vision of Make America Great Again was put into practice.

This is a Bannon out for himself and his agenda, even if it means tearing down his supposed patron and the Trump family. “Javanka”, Trump’s son-in-law Jared Kushner and daughter Ivanka, are the subject of unbridled derision. He’s financially compromised, including by Russians, and she’s “dumb as a brick”. Trump himself is a pliable simpleton.

Far more importantly, Bannon drops Trump and his family into the middle of the alleged collusion with Russia during the 2016 campaign. Donald Trump Jr., Kushner, and then campaign manager Paul Manafort are “treasonous” and “unpatriotic” for a June 2016 meeting with three Kremlin-linked envoys in Trump Tower in New York City, arranged by Trump Jr. to discuss Russia’s provision of material damaging to Democratic nominee Hillary Clinton. The chances that Donald Trump Sr. did not meet the Russians is “zero”.

Bannon predicts that the downfall of Trump and Co. will be the revelations of Russian financial input into the campaign: “It goes through Deutsche Bank and all the Kushner shit. The Kushner shit is greasy. They [Mueller’s team] are going to go right through that.”

Wolff may big up his story, but here he is working with facts rather than fiction. Bannon has not denied any of his statements. He has only, under pressure from his billionaire backers the Mercer family, rowed back that “treasonous” and “unpatriotic” refer only to Manafort, who is already under indictment on financial, tax, and lobbying charges related to the Trump-Russia investigation.

What’s more, Wolff says he has audio tape of some of Bannon’s choice declarations, including at a Manhattan dinner in conversation with former political strategist and Fox News head Roger Ailes — a dinner hosted by Wolff. And in a chaotic, often dysfunctional White House, Wolff was able to get access to many staff who, at the least, gave him fodder for his presentation.

Wolff’s book is only the latest Emperor’s New Clothes moment in which someone dares to say that Donald Trump is pretending to be a responsible leader. Trump’s extent of expertise on months of failure to repeal ObamaCare is “Nobody knew health care could be so complicated”. His grasp of economics is that he invented the term “priming the pump” (apparently time travelling to the 1930s to advise John Maynard Keynes). His response to the devastating hurricane in Puerto Rico has been to throw paper towels to a crowd and proclaim, “We have done a great job with the almost impossible situation”, when half the island is without power more than three months later.

All of which begs the question, “If Donald Trump is mentally unfit, why are so many people willing him to remain as President?” The answer — in Wolff’s book, but also in many accounts long before this — is that Trump is valuable, no matter how unstable and un-genius he may be, if he is a vehicle for someone else’s ambitions.

The Bannon-Ailes dinner is a telling microcosm. Ailes asks about Trump and the hard-right agenda that Bannon is pushing, “Does he get it?” Bannon’s assurance: “He gets it. Or he gets what he gets.” Ailes advises, “I wouldn’t give Donald too much to think about,” but Bannon shrugs about the limits of the man he is promoting, “Too much, too little — doesn’t necessarily change things.”

Donald Trump, who saved his career after six bankruptcies by playing a businessman on reality TV, now plays Chief Executive so industries can get rollback of regulations. He holds rallies as white supremacists proclaim their moment has come: as David Duke, former KKK Grand Wizard, explained at the Charlottesville march in August, “We are going to fulfil the promises of Donald Trump. That’s what we believed in.” Trump is a brazen, foul-tweeting figurehead so GOP legislators can finally push a $1.5 trillion tax giveaway.

The Wolff episode may mark the moment when Trump’s purpose has come to an end. But probably not. There is still a long-delayed budget to be passed, with services to be slashed but a tax cut to be protected. There are still some Obama-era regulations to be gutted, and possibly Supreme Court justices to be named.

The purpose will likely be extinguished when Special Counsel Mueller completes the case establishing how Trump, at the least, obstructed justice in his flailing attempts to make the Trump-Russia inquiry go away. That could be soon: with Manafort indicted and former National Security Advisor Michael Flynn convicted, the next target is Kushner and from there it’s only one run on the ladder to Trump.

Or it could be months. Until then, it is Emperor’s New Clothes again and again, after Wolff has made his money and his headlines, after Bannon has been punished for overstepping in his own campaign, after a new social media outrage takes off.

On Sunday night, the 45th President of the US took his place along Roosevelt’s New Deal, Kennedy’s Peace Corps, and Reagan’s Volunteer Action Awards with his own contribution to a better America:

The Fake News Awards, those going to the most corrupt & biased of the Mainstream Media, will be presented to the losers on Wednesday, January 17th, rather than this coming Monday. The interest in, and importance of, these awards is far greater than anyone could have anticipated!