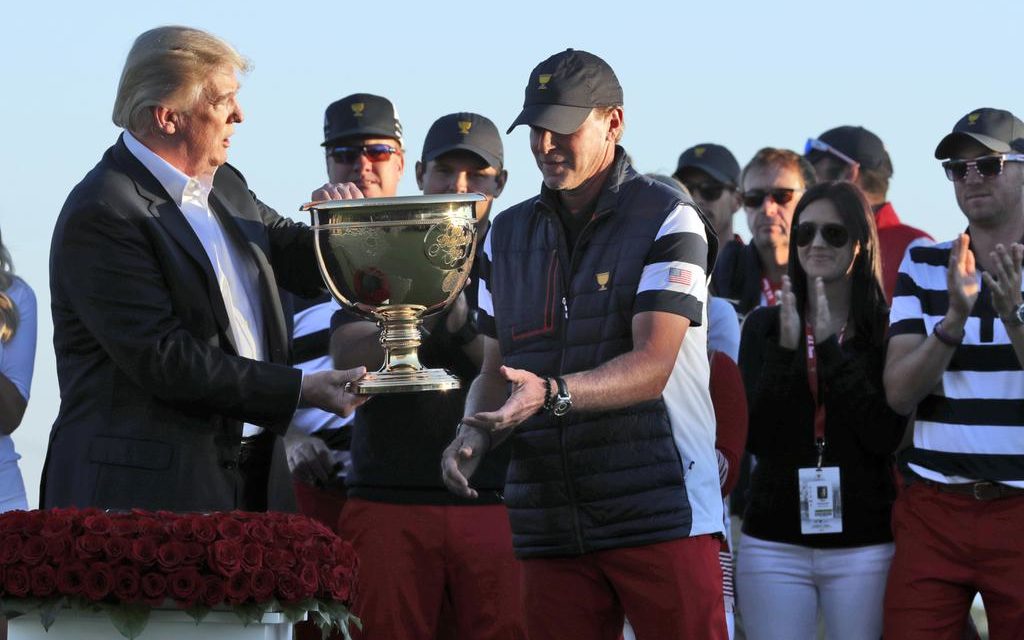 Amid destruction, deprivation, and lack of supplies on the island almost two weeks after the hurricane, Trump began his campaign on Saturday morning. Incensed that Cruz had questioned the Administration’s declaration of a “good news story” and appealed for help, Trump said the mayor had been “been told by the Democrats that you must be nasty to Trump”and claimed that suffering was because of her “poor leadership qualities”.

Despite the confirmation by the head of the recovery effort, Lt. Gen. Jeffrey Buchanan, of a lack of resources and equipment — and defense of Cruz by specialists like the retired general who took over the response to Hurricane Katrina — Trump maintained his assault on Sunday:

We have done a great job with the almost impossible situation in Puerto Rico. Outside of the Fake News or politically motivated ingrates,…

Trump insisted, “People are now starting to recognize the amazing work that has been done by FEMA and our great Military. All buildings now inspected for safety.” He then made a pointed contrasted between Puerto Rico’s Governor Ricardo Rosselló — who has refrained from questioning the slow response — and Cruz: “Thank you to the Governor of P.R. and to all of those who are working so closely with our First Responders. Fantastic job!”

After a day on the golf course, Trump returned to the topic in a presentation at the President’s Cup — but only highlighted the contrast between his weekend at his New Jersey club and the situation on the ground in Puerto Rico, as he presented the tourament’s trophy:

Puerto Rico and the people of Florida who have really suffered over this last short period of time with the hurricanes, I want to just remember them.

A member of the crowd was not impressed, yelling, ““You don’t give a shit about Puerto Rico!”

Cruz: “All I Did Was Ask for Help”

Cruz said on Sunday, “If [Trump[ asks to meet with me, of course I will meet with him. Anything that can be done and anyone that will listen.”

She continued with her conciliatory line that the only goal is “saving lives” and summarized, “Any dialogue that goes on just has to be able to produce results.”

Cruz said, “All I did last week, or even this week, was ask for help,” as she again asked for resources in line with Lt. Gen. Buchanan’s remarks.