Catalonia: More than 2 Million Vote for Independence Despite Spanish Crackdown 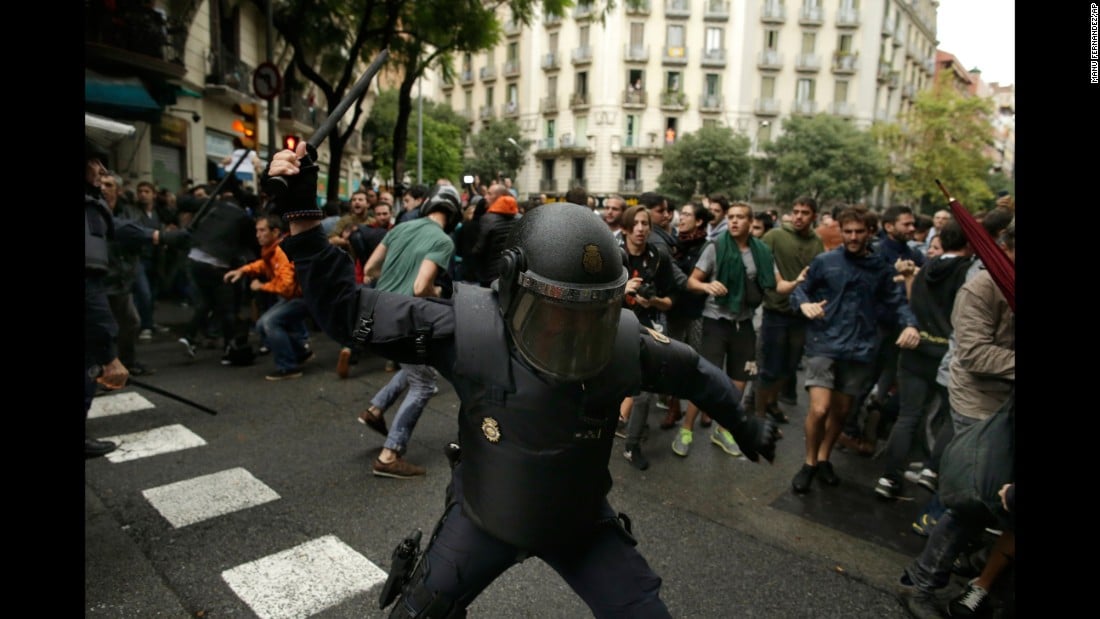 Catalonia President Carles Puigdemont declared: “After this day of hope and suffering, the citizens of Catalonia have won the right to an independent state in the form of a republic.”

Despite attempts by Spanish authorities and security service to block Sunday’s independence referendum, more than 2.2 million of 5.3 million registered voters — a turnout of almost 43% — cast ballots which could be tallied, accoridng to Catalonia’s officials.

More than 2 million people — 89.3% — cast Yes votes. The officials said another 770,000 votes could not be counted because ballot boxes were seized.

To try and prevent the Spanish National Police and paramilitary Civil Guard from shutting down the vote, activists had stayed in the polling stations in schools and community centers since Friday night. Spanish officers proceeded to raid the locations, closing 319 of 2,000 and removing the ballot boxes from others.

Video and pictures showed children, the elderly, and firefighters among those injured by police.

The Spanish police are hitting these peaceful people really hard… this is disgusting. #CatalanReferendum pic.twitter.com/M96LgndeFW 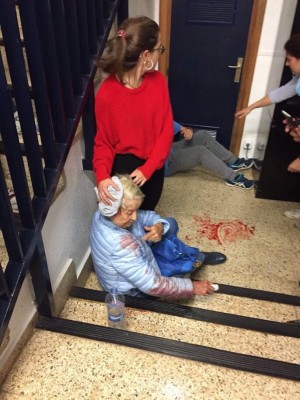 The Spanish police are now beating up Catalan firefighters. This is an absolute shocker. #CatalanReferendum pic.twitter.com/zJeTATJQxJ

FC Barcelona were forced to play their La Liga game against Las Palmas behind closed doors, with Lionel Messi and his teammates defeating the visitors 3-0 in a Camp Nou void of the usual 98,000 fans.

The Catalan club had wanted to cancel the game, but were warned that they faced a points deduction. So thousands of fans waited outide the gates as the match was played.

Fans outside Camp Nou are still waiting for news about whether FC Barcelona v Las Palmas will play. #CatalanReferendum pic.twitter.com/9dWigNNsP9

An “Independent Republic” or a “Mockery”?

Unsurprisingly, the Catalan and Spanish governments offered sharply different views of the day.

In a televised address after the polls had closed, Catalan President Carles Puigdemont declared: “After this day of hope and suffering, the citizens of Catalonia have won the right to an independent state in the form of a republic.”

He said his independentist government would in the coming days “send the results of today’s vote to the Catalan parliament, where the sovereignty of our people lies, so that it can act in accordance with the law of the referendum”.

Spanish Prime Minister Mariano Rajoy labelled the vote of a “mockery” of democracy and declared that “there has not been a referendum on self-determination in Catalonia”.

Catalan trade unions and associations have convened a strike across the nation on Tuesday due to “the grave violation of rights and freedoms”.

The stand-off between the Spanish state and the Catalan government, as well as between unionists and separatists in Catalonia, will continue.

While an agreed referendum — similar to votes from Scotland to Quebec — might be the most sensible outcome, both Puigdemont and Rajoy will now be under pressure from their most radical elements not to compromise.

The Catalan President willl face calls to make a unilateral declaration of independence, while Rajoy will face both federalists in the main opposition Socialist Party — who view constitutional reform as a solution to the situation —- and more hard-line unionists in his own People’s Party and in the extreme-unionist, center-right Ciudadanos party, who perceive any move towards a negotiated settlement as a betrayal of the Spanish nation.