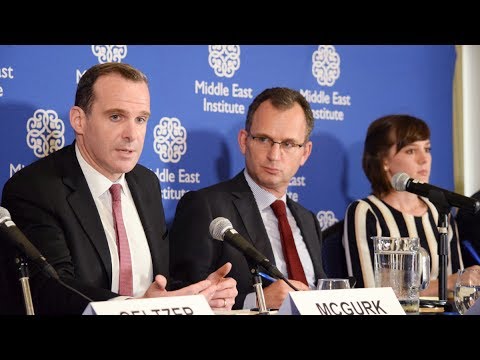 Reconfiguring its approach to Syria’s 76-month conflict, the US has warned of a takeover of opposition-held Idlib Province in northwest Syria by “Al Qa’eda”.

In an online letter late Wednesday, the State Department official for Syria policy, Michael Ratney, said the recent offensive by Hayat Tahrir al Sham — led by Jabhat Fatah al-Sham, formerly linked to Al Qa’eda — against the leading rebel faction Ahrar al-Sham had extended its hold on the province and put “the future of northern Syria in big danger”.

Last month, HTS took control of some areas of Idlib amid the clashes. Most significantly, it surrounded Bab al-Hawa, the main border crossing with Turkey. Ahrar al-Sham withdrew from the crossing, and it was handed over to civilian operations.

Ratney did not indicate any US steps to check HTS. Assistance to Ahrar al-Sham or to the Free Syrian Army factions who are still in Idlib appears to be ruled out by a shift in American policy to halt any assistance to Syrian rebels, except those who fight the Islamic State in eastern Syria near the Iraqi border. There is also no prospect of American backing for civil steps, in contrast to those being pushed in Kurdish-controlled areas such as Raqqa Province.

Instead, Ratney hinted that the US would accept airstrikes by Russia, even though Moscow has used the pretext of the Islamic State and Jabhat al-Nusra — the former name of Jabhat Fatah al-Sham — to bomb opposition territory since its military intervention in September 2015.

“In the event of the hegemony of Nusra Front on Idlib, it would be difficult for the United States to convince the international parties not to take the necessary military measures,” he said.

Ratney was invovled in secret talks with the Russians in Jordan’s Amman that established the “de-escalation zone” in southwest Syria announced in early July. The shift in US policy, with the first operational agreement with Moscow over the country, has been accompanied by the cut-off of support for rebels in the Southern Front bloc as well as any Free Syrian Army groups in eastern Syria who insist on challenging pro-Assad forces.

Ratney’s letter on Wednesday implicitly warned rebel groups to move away from HTS before it was “too late”. He said Washington would consider any organisation in Idlib Province that is “a front for the militants” as part Al Qa’eda’s network.

That rationale could give US acceptance of Russia breaking its own de-escalation zone for Idlib, declared in May, with attacks on rebels as HTS is not covered by the arrangement.

HTS holds some areas of Idlib Province, but it is not in control of centers with the largest populations, such as Idlib city with its civilian administration. However, both Government officials and Washington-based analysts have now adopted the sweeping label of “Al Qa’eda” for the area.

While Jabhat Fatah al-Sham formally withdrew allegiance from Al Qa’eda’s leadership in July 2016, as it rebranded itself with a name change from Nusra, many American commentators assume that the links are unchanged. Even veteran journalists covering the Middle East use the umbrella term “Al Qa’eda”.

A panel last week with the US envoy for the anti-ISIS campaign, Brett McGurk, and analysts Jennifer Cafarella, Matthew Levitt, and Charles Lister embodied the shift — in 90 minutes, the conflict in northern Syria was reduced to the Islamic State, “Al Qa’eda”, and Iran with almost no reference to other actors. It was only after 75 minutes that Lister offered the first significant reference to the Assad regime and the Syrian opposition.

In interviews and panel differences, McGurk — who has been busy working with Kurdish-led groups in Raqqa Province in northern Syria — has used the change in focus to underpin an American approach which is now almost exclusively on the fight against ISIS. This in turn was linked to the US collaboration with Russia and the cut-off of support for rebel factions.

A de-escalation zone has come into effect in northern Homs Province, in an agreement between rebels and the regime, brokered by Russia.

The Russian Defense Ministry said a truce took effect at noon in the area north of Homs city.

According to a copy of the agreement obtained by pro-opposition Qasioun News, rebels can retain their weapons. Detainees on both sides will be released, and an initial aid convoy with food and medicine will enter the area on Monday.

Russian military police will man checkpoints, with the power to inspect goods and to oversee the entry and exit of civilians from Homs and Hama Province.