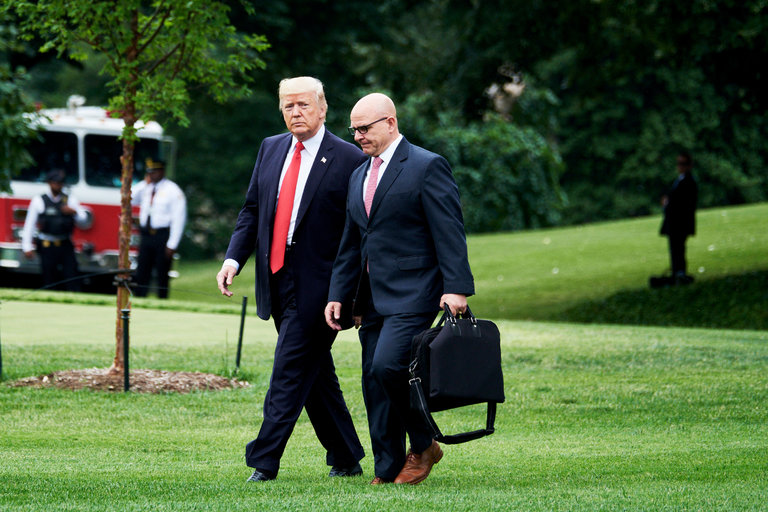 Ezra Cohen-Watnick, the head of the NSC’s Intelligence Directorate, is the latest departure. Dismissed on Wednesday, the 31-year-old former Defense Intelligence Agency officer had been brought into the Administration by former National-Security Advisor Michael Flynn.

Cohen-Watnick briefly grabbed unwanted headlines in March when the Trump Administration tried to blunt the initial hearings of the House Intelligence Committee into possible links between the Trump campaign and transition, including Flynn, and Russian officials. He gave White House documents to Committee chair Devin Nunes trying to divert the hearings towards leaks of damaging information from within the Executive Branch and the supposed “unmasking” of US officials.

The effort was stymied when Nunes had to recuse himself as chair because of the compromise of the inquiry.

Cohen-Watnick also was one of two NSC officials leading a call for more aggressive US action inside Syria against Iranian-supported foreign militias fighting alongside the Assad regime. The other advocate, Derek Harvey, was pushed out of the post of NSC Middle East director in late July.

No reason was given, but Harvey was also an appointee of Michael Flynn, who was National Security Advisor for 24 days before departing in mid-February because of his conversations with Russian Ambassador Sergei Kislyak and his misleading comments to the FBI about the matter.

A Shift in Authority

Cohen-Watnick’s dismissal is a sign of the ascendant authority of McMaster, possibly in concert with his fellow retired Marine generals — the new White House Chief of Staff John Kelly and Defense Secretary James Mattis.

McMaster tried to fire Cohen-Watnick earlier this year, but was blocked by Trump after Bannon and Kushner intervened.

The third firing was of Rich Higgins, an NSC director for strategic planning. Higgins laid the foundation for his removal with a memorandum alleging a “political warfare” conspiracy against Donald Trump conducted by globalists, bankers, the “Deep State”, and Islamists using the tactics of a Maoist insurgency:

Globalists and Islamists recognize that for their visions to succeed, America, both as an ideal and as a national and political identity, must be destroyed….Islamists will co-opt the movement in its entirety.

Higgins was seen as an ally of Bannon. After joining the NSC in May, he pressed for the declassification of documents which supposedly showed the affiliation of President Barack Obama with Islamists.