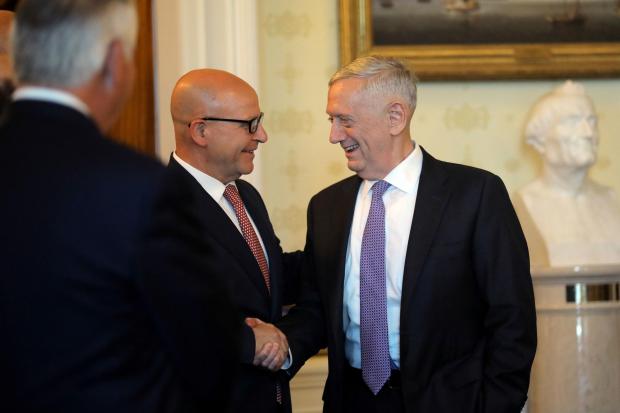 The discussions look at the White House chaos, its near-paralysis on domestic matters from healthcare to the budget, uncertainty over its foreign policy, and the ever-expanding Trump-Russia investigation.

I don’t think a straw will break the camel’s back. I think it’s death by a 1000 political cuts….Chaos will build and build until Republicans peel away next year. Then you’ll see the man who says, “You’re Fired” — well, the question will be who points to him and says, “No, you’re fired.”

Donald Trump has been the biggest kid in the playground throwing things around. On the domestic front, Trump’s provocative statements have made it difficult to get any legislation through, including reform of healthcare. On foreign policy, he has disrupted relationships, such as with NATO, he has brought an increased crisis with North Korea. And of course there is the Trump-Russia investigation.

On Trump’s declaration of “No WH Chaos”:

This is like my child, after he has destroyed every plate in the kitchen, saying, “I helped you clean this up.”…

I have to be point-blank here. Trump is not the most intelligent person I have ever come across, but the real problem here is that he’s unstable.