The Syrian Doctor, Trump’s Muslim Ban, and a Canadian Rescue 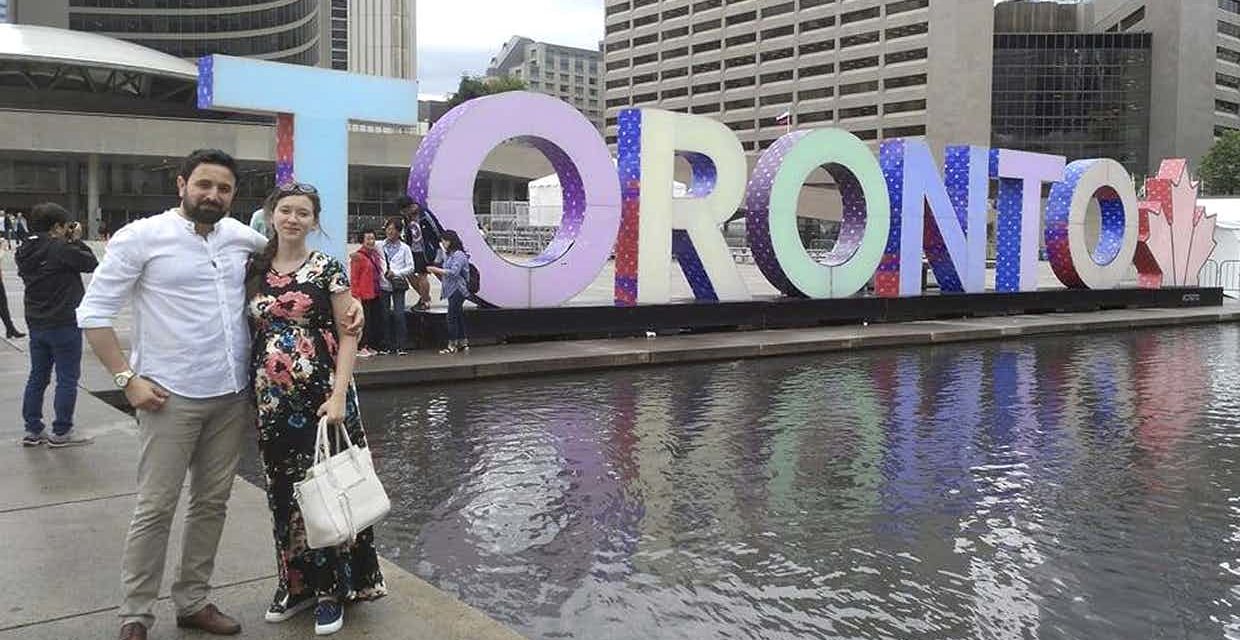 Ashifa Kassam writes for The Guardian:

He was one of the many whose lives were thrown into chaos by Donald Trump’s travel ban – a Syrian doctor who works with the United Nations and was pursuing an Ivy League education in the United States.

But after months of living in limbo, Khaled Almilaji has put a definitive end to the uncertainty – by moving to Canada.

Almilaji, 35, arrived in Toronto last week, days before the US supreme court paved the way for a limited version of the travel ban, which targets seven Muslim-majority countries, to be implemented.

While he might have been able to get student visa under the scaled-back ban, Almilaji said Canada was a safer bet that would allow him to continue to travel to Turkey to carry out humanitarian work.

“This chance to be in Canada, it will allow me to improve my knowledge and keep working for my country – Syria – by going back and forth to Turkey,” he said.

In 2016, Almilaji and his wife, physician Jehan Mouhsen, moved to Rhode Island so that he could pursue a postgraduate degree in public health at Brown University. In January, when Trump’s first attempt at a travel ban went into effect, Almilaji – a renowned doctor who in 2013 risked his life to deliver vaccines to 1.4 million Syrian children to curtail a polio outbreak in a rebel-held area – was on a short aid mission in Turkey.

Almilaji, who was born in Aleppo, was unable to re-enter the US. His wife, who was five weeks pregnant at the time, was in Rhode Island. Days earlier, his visa had been revoked without reason.

Lawyers told him that if he returned to the US, he likely wouldn’t be able to leave, sparking an agonising six months of separation for the couple. “I can’t abandon my dedication to those who are suffering inside Syria just for a degree I’m pursuing,” he said. “If it will not serve me and my people, it’s in vain.”

Officials in Canada welcomed him into the program. “As a recognized humanitarian with extraordinary global public health experience, he will enrich the scholarship of our academic community,” said Howard Hu, dean the University of Toronto’s school of public health, in a statement. Private donors offered to cover the couple’s living expenses, while the university waived his tuition.

The pair – who is expecting a baby girl in August – was reunited earlier this month in Toronto. On Wednesday, Almilaji was able to accompany his wife to the doctor for the first time since she became pregnant. “It was amazing,” he said, his voice rising with excitement. The couple is now settling into life in the city, hoping their new lives will offer a peaceful respite from the turbulence of recent years.