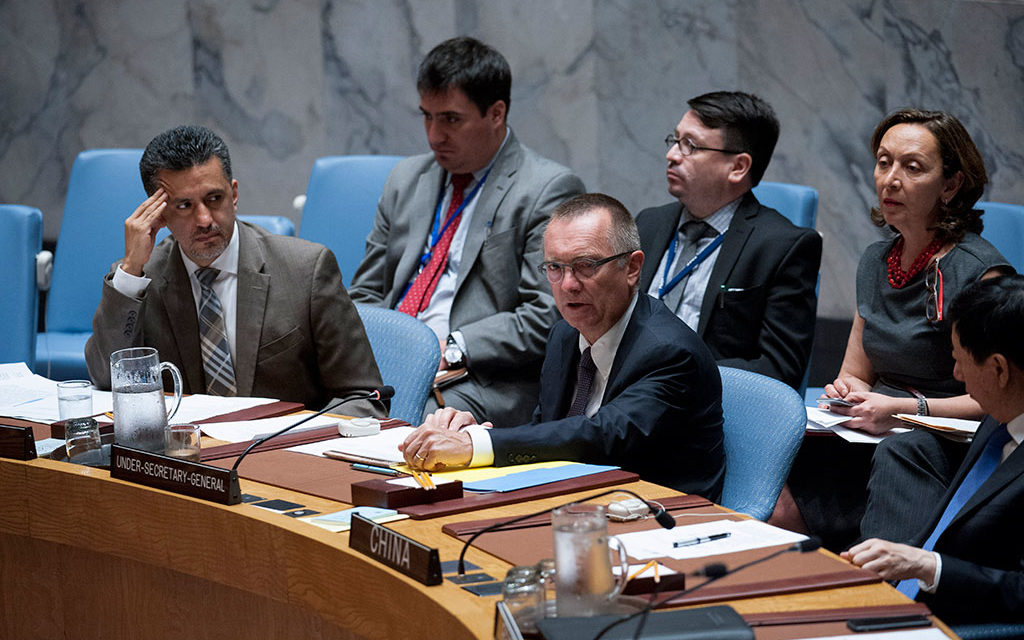 The UN Security Council has called for full implementation of the July 2015 nuclear deal between Iran and the 5+1 Powers, pointing to a possible divergence between the US and other nations involved in the agreement.

The UN Under-Secretary-General for Political Affairs, Jeffrey Feltman, set the tone for the meeting: “The Secretary General believes that the comprehensive and sustained implementation of the JCPOA will guarantee that Iran’s nuclear program remains exclusively peaceful, while allowing for transparency, monitoring and verification.”

Speeches by members endorsed that view, challenging a Trump Administration and US Congress which have not only maintained some US sanctions but are considering further restrictions on Tehran.

US Ambassador Nikki Haley said the US would adhere to the deal but accused the Security Council of ignoring Iran’s violations through ballistic missile tests, illicit procurement of missile technology, and “proven arms smuggling”. She continued:

Washington has justified additional sanctions since the deal’s implementation in January 2016 because of Tehran’s missile tests, claimed support of “terrorism”, and human rights violations.

However, the ambassadors of the five other signatories (UK, France, Germany, Russia, and China) as well as the UN’s Feltman and the European Union was on Iran’s adherence to the agreement, albeit with expressions of concern about missile tests and smuggling.

British Ambassador Peter Wilson cited “some less positive issues” around Iran’s missile tests and arms transfers but then sent a message to the US with the call on all parties “to uphold their commitments, including ensuring that the Iranian people gain further tangible benefits from sanctions relief”.

US restrictions have hindered restoration of links between European companies and Iran, preventing necessary trade and investment for Tehran’s economic recovery.