Syria Daily: Pressure on Water and Electricity in Opposition-Held Northwest 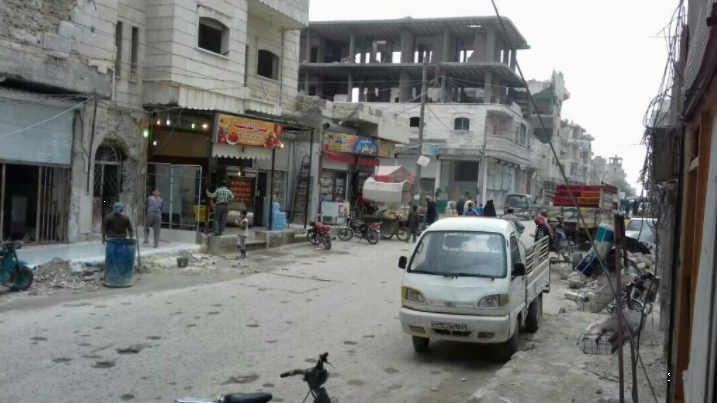 Although pro-Assad bombing and bombardment has been eased by Russian-led “de-escalation zones” earlier this month, areas in Idlib and Aleppo Provinces are trying to cope with the devastation from years of attacks and regime efforts to restrict any provision of essential goods.

In particular, the supply of water is close to critical in parts of the northwest. Syria Direct offers two cases: one from Idlib city and the other from al-Bab in northern Aleppo Province.

In Idlib, the provincial capital, the water and electricity networks are struggling with their dependence on diesel-run generators. Each of the city’s 10 sectors gets water for four hours every 10 days.

Ismail Anadani, the head of the Idlib City Council, says:

We are having trouble securing water and electricity. Our capacities are limited, demand is increasing and the networks have reached their maximum capacity.

The arrival of displaced people in growing numbers, a sense of partial safety, and overcrowding have increased the demand for water and electricity.

The council is awaiting responses to appeals to international organizations for additional, larger generators.

The city has about three to four hours of electricity per day, but faces the additional challenges of unrefined oil — bought from the Islamic State — which can damage the generators.

Anadani adds, “With a growing labor force and widespread unemployment, we have also seen an increased crime rate.”

In al-Bab, taken from ISIS by Turkish-supported rebels in late February, dozens of residents have contracted typhoid from contaminated water.

Before IS withdrew in late February, an estimated 30,000 of the city’s 150,000 residents had fled both the airstrikes and strict IS rule, according to the United Nations.

Makeshift wells have not been adequate for tens of thousands of returning civilians who found much of the city in ruins. The situation has been compounded by the occupation by pro-Assad forces of the pumping station, southeast of al-Bab, that was the sole source of safe water.

A local activist said residents “are now digging their water out from wells inside the city”, some of them directly above the damaged sewage system. The outcome is raw sewage leaking into the water used for drinking, cooking, and cleaning.

After years of conflict, only one public hospital, a field clinic, and some small private clinics remain in the city. Equipment, antibiotics, and blood and urine tests are in short supply.

The head of the Homs health authority said another 32 people were injured in the al-Zahraa neighborhood.

Another vehicle rigged with explosives, near the Sayyeda Zeinab shrine south of Damascus, was destroyed by security forces.

ISIS claimed responsibility for both operations through its media outlet Amaq.

Aftermath of the Homs bombing: 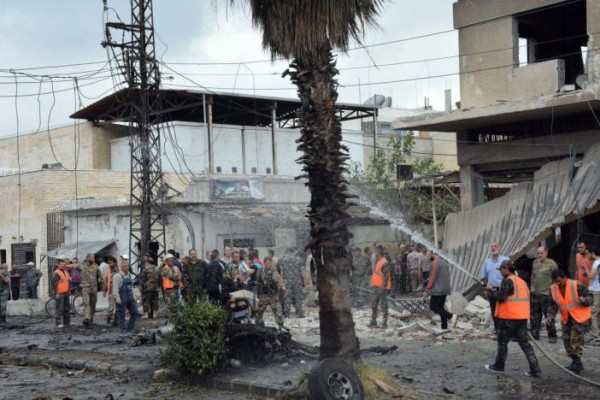