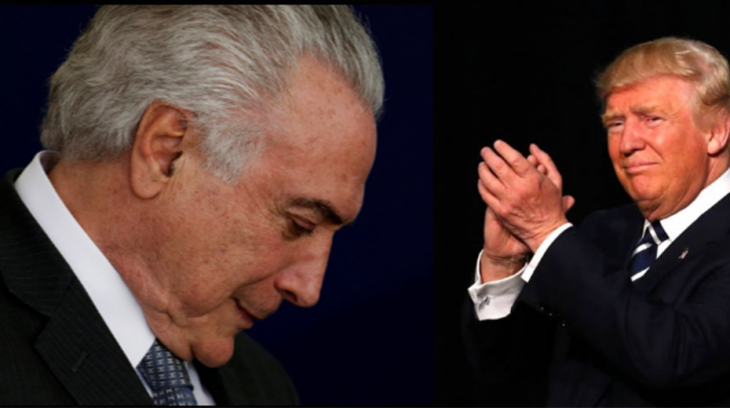 Regulars Adam Quinn and Scott Lucas talk to special guest Marco Vieira of the University of Birmingham about Brazil, where bribery allegations against President Michel Temer — following the impeachment of predecessor Dilma Rousseff and charges against most of the country’s politicians — could portend a breakdown of democracy in Latin America’s largest country.

Then Adam Quinn and Scott Lucas have a full and frank discussion about Donald Trump, from obstruction of justice to corruption to incompetence. Is this the beginning of his end?