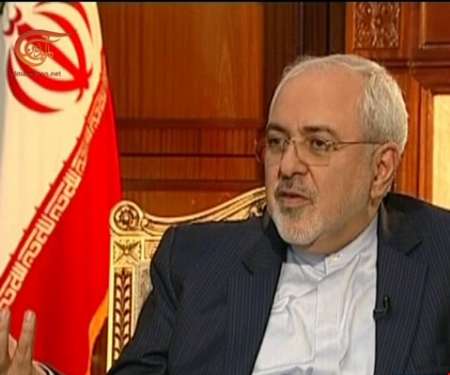 Iran’s Foreign Minister: “If a country adopts wrong measures and attacks Yemen and supports Daesh and the al-Nusra Front in Syria and Iraq, it should blame itself for the consequences.”

UPDATE 1800 GMT: In a diplomatic breakthrough, Iranian pilgrims will participate in this year’s hajj in Mecca.

“The ministry of hajj and the Iranian organisation have completed all the necessary measures to ensure Iranian pilgrims perform hajj 1438 according to the procedures followed by all Muslim countries,” the official Saudi Press Agency said.

The Islamic Republic’s participation was suspended after a crush in September which killed thousands of pilgrims, including 464 Iranians.

Several sets of talks have been held to resolve political issues and security matters, but had appeared to stall before today’s announcement.

ORIGINAL ENTRY: Iran’s regime has sent its latest message to Saudi Arabia, criticizing the Kingdom behind an opening proclamation of possible rapprochement.

Foreign Minister Mohammad Javad Zarif used an interview with Lebanon’s pro-Hezbollah, pro-Assad al-Mayadeen TV for the initiative. He said that the Islamic Republic is ready for cooperation within a framework of non-aggression and non-intervention in internal affairs: “[This] cooperation with the neighbors, including Saudi Arabia, should aim for peace in Bahrain, Yemen, and Syria.”

But Zarif then pursued a series of denunications of Riyadh, beginning with alleged Saudi attempts to block the July 2015 nuclear deal between Iran and the 5+1 Powers: “Since the beginning of the nuclear talks, Saudi Arabia and the Zionist regime tried to prevent any accord. They tried all ways and exerted big pressures….We predict they will continue with such efforts.”

Combining appeal and pressure, Zarif advised Saudi Arabia to cooperate with Iran instead of “approaching other states to harm the Islamic Republic”.

He cautioned, “If a country adopts wrong measures and attacks Yemen and supports Daesh [the Islamic State] and the al-Nusra Front in Syria and Iraq, it should blame itself for the consequences.”

The Rouhani Government has been involved in a series of maneuvers with Gulf States since late January, when the Kuwaiti Foreign Minister carried a message looking for an easing of tensions between Tehran and Riyadh. President Rouhani has visited Kuwait and Oman, Tehran has hosted high-ranking Gulf emissaries, and Zarif travelled to Qatar last week. On Monday, Rouhani formally addressed the Kuwaiti Emir in a letter whose details were not revealed.

Saudi Arabia broke off relations with Iran in January 2016, following Riyadh’s execution of a prominent Shia cleric and a crowd attacking and burning the Saudi Embassy in Tehran. An attempt at a limited rapprochement, through renewal of Iranian pilgrimages to the hajj in Mecca after the deadly Mina crush of September 2015, has stalled.

Nobakht’s said a “plot cabal” in the IRIB is trying to “destroy what the government has achieved in economic terms”:

This is to mislead the nation, to ask ordinary citizens economic complex questions and then to draw conclusions based on their responses that the government failed to achieve economic success.

We expect to see that IRIB, as it is called “national”, to address the issues through documentation and a genuine approach, setting aside efforts to distort the facts.

The Revolutionary Guards commander Mohammad Ali Jafari has challenged the Rouhani Government, declaring that “many officials” who are “governing the country now” have a “Western, liberal, and un-revolutionary viewpoint”.

Speaking at a seminary in the holy city of Qom, Jafari chided that the officials “have been educated in Western universities [and]…are proud they received [degrees]”.

President Rouhani’s Cabinet has more alumni from US universities than any other foreign government. Rouhani received his Ph.D. from Glasgow Caledonian University in Scotland, while Foreign Secretary Mohammad Javad Zarif’s doctorate is from the University of Denver.

Continuing his attack, Jafari said an “un-revolutionary viewpoint based on ‘American Islam’” exists in Iran and is the “main danger” to the Islamic Republic.