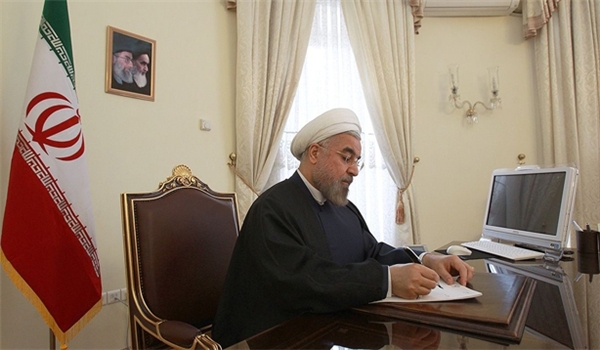 Neither Iran nor Kuwait divulged the content of the message.

Iran has been pursuing discussions with the Gulf States, both for economic recovery and for political maneuvers vis-a-vis Saudi Arabia. The Kuwaiti Foreign Minister visited Tehran in late January, reportedly with a message from the Gulf Cooperation Council for a “basis of dialog”. Rouhani Iranian Foreign Minister Mohammad Javad Zarif went to Oman and Kuwait in February, and Zarif travelled to Qatar last week.

Saudi Arabia broke relations with Iran in January 2016, after Riyadh’s execution of a prominent Shia cleric led to a crowd attacking and burning the Saudi Embassy in Tehran. The two countries are on opposition sides of regional crises, including the Syrian conflict and the Yemeni civil war.

Talks between Iran and Saudi Arabia over renewed Iranian pilgrimages in the hajj to Mecca have not produced a breakthrough. The pilgrimages were suspended after 464 Iranians were among thousands killed in a crush at the Stoning of the Devil ceremony in September 2015.