Rebels threaten regime in southern Syria for first time since 2015

Pro-Assad airstrikes and shelling are trying to hold back a rebel advance in the city of Daraa, the first significant offensive in southern Syria since 2015.

Aid workers said that warplanes hit a Western-funded field hospital, wounding four staff, and that a strike killed at least seven members of a family.

A destroyed regime armored vehicle in the fortified Manshiya district: 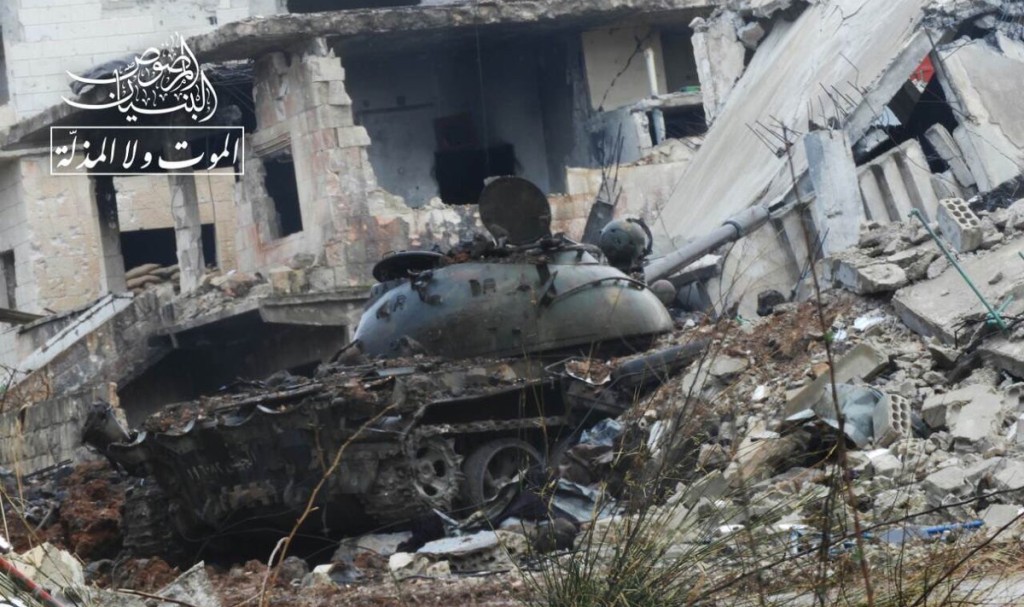 On Sunday, the Free Syrian Army, rebel factions such as Jaish al-Islam and Ahrar al-Sham, and units of the Hay’at Tahrir al-Sham coalition moved into Manshiya.

The attack, with no advance publicity or leaks, appeared to catch regime forces by surprise. Rebels said they were striking before a deal between the regime and Jordan, helping pro-Assad forces to seize opposition territory along the Jordanian border.

Well-placed local sources also said many rebels lost patience with the US-led, Jordan-based Military Operations Command, which has restricted weapons and supplies since summer 2015. Instead, they would try to build up with captured stocks from the regime.

Before the rebel offensive, the regime had bombarded opposition-held areas of Daraa for a week, with civil defense spokesman Amer Abazeid saying “more than 1,500 artillery shells and rockets” had fallen.

He said between 2,000 and 3,000 families have fled to the nearby countryside to stay with relatives or sleep rough on farmland and in orchards to escape the heavy artillery bombardment.