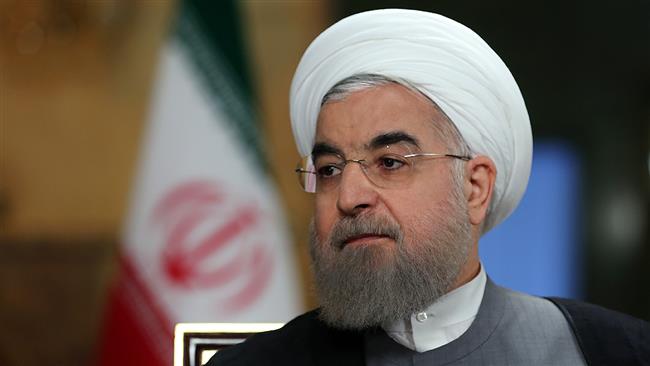 Setting off for meetings in Oman and Kuwait on Wednesday, Iran’s President Hassan Rouhani has promoted his policy of engagement with the declaration that “Iranophobia is fake”.

Rouhani also listed Shiaphobia, Sunniphobia, and Neighborphobia as tactics by enemies of stability and peace in Iran and the Middle East. He asserted:

The foreign policy of the Islamic Republic of Iran is based on having good relations with neighbouring countries and maintaining security in the Persian Gulf….

The Islamic Republic of Iran seeks to deepen ties with the countries of the region and its neighbours, as well as to bolster stability, security, and development in the whole region.

The President and a “high-ranking delegation” are hoping to use the day’s meetings to promote engagement — challenged by other elements within the Iranian regime — as well as bolstering Iran’s position in the Gulf, amid ongoing tensions with Saudi Arabia. Perhaps most importantly, he is seeking recovery of Iran’s trade and investment position, still challenged by ongoing US-led financial restrictions after the July 2015 nuclear deal.

The Supreme Leader has pointedly rebuffed a reformist-led appeal for reconciliation.

Echoing the initial response of judiciary head Sadegh Larijani (see below), Ayatollah Khamenei invoked the “sedition” of the mass protests after the disputed 2009 Presidential election. He told an audience:

Are the people against each other? Yes, people are against those who took to the streets on the day of Ashura, beating and stripping the young [paramilitary] basiji shamelessly and brutally. They are against them, and they will not reconcile with them.

The reformist former President Mohammad Khatami launched the “reconciliation” initiative in early February. Vice President Majid Ansari had pressed for the “improvement in relations”, saying, “It would be an honor to have greater contact and communication [with Khamenei].”

The Supreme Leader further entrenched his rejection by framing political and social issues within his declaration that the US war on Iran is not military but “economic and cultural”.

The Trump administration is in talks with Arab allies about an military alliance — with intelligence-sharing with Israel — aimed against Iran, according to five Middle Eastern officials.

The alliance would include Saudi Arabia, the UAE, Egypt, and Jordan, and could be joined by other Arab countries, the officials said.

“They’ve been asking diplomatic missions in Washington if we’d be willing to join this force that has an Israeli component,” said one Arab diplomat. “Israel’s role would likely be intelligence sharing, not training or boots on the ground. They’d provide intelligence and targets. That’s what the Israelis are good at.”

Saudi Arabia and the UAE are putting forth demands in exchange for cooperating with Israel, officials said. The two countries want the U.S. to overturn legislation that could see their governments sued in American courts by families of victims of the September 11, 2001, attacks.

Head of judiciary Sadegh Larijani has rejected a reformist-driven initiative for “national reconciliation”:

No one denies the existence of difference of preferences; but we see that when we talk about the national interests and national security, all the people put their different preferences aside and work together.

Larijani turned on the reformists, saying that the “problem is not with the people” but with “those who were separated over the course of the sedition”, a reference to the mass protests after the disputed 2009 Presidential election.

Former President Mohammad Khatami launched the “reconciliation” initiative in early February, saying threats from US President Donald Trump made it the “most opportune time” for building a stronger, more unified environment: “Perhaps there are some people who do not view the revolution or the system favorably but…when the country and national interests and Iran’s dignity is in danger, everybody should join together and stand up to those who want to attack Iran.”

Khatami signalled to Ayatollah Khamenei, “The Leadership plays a very important role in building this unity,” he said.

The Rouhani Government had supported the effort, three months before the Presidential election, with Vice President Majid Ansari calling for an improvement in relations between reformists and the Supreme Leader: “In legal terms, the Supreme Leader is the highest moral and political official….It would be an honor to have greater contact and communication.”