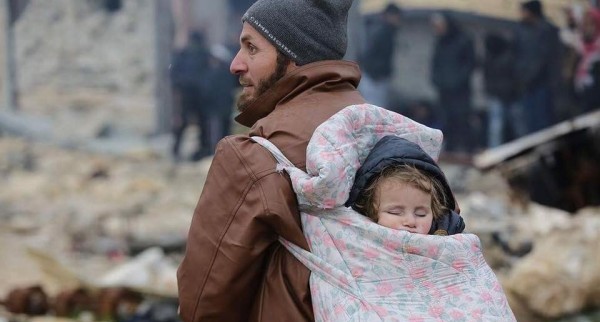 Syrian rebels’ loss of east Aleppo in December was a turning point in the country’s civil war. But rebel Aleppo didn’t just fall — it fell hard.

Rebels had braced themselves, even under siege and surrounded on all sides, to hold out for as long as a year. Instead, faced with an overwhelming assault by the forces of the regime of Bashar al-Assad and its Russian and Iranian allies, they collapsed in weeks. Cornered in a last handful of neighborhoods, they barely managed to negotiate their safe exit from the city.

Aleppo had been a stronghold of Syria’s Free Syrian Army rebels and of revolutionary civil society — one of the last vital pieces of opposition territory where patriotic nationalists dominated, not jihadists. Its loss effectively ends the Syrian opposition’s ability to challenge the regime for control of Syria’s most populous urban centers and the country as a whole. Now, after Aleppo’s fall, rebels and their backers have been left to piece together just what happened. What they take away from the loss of Aleppo will likely determine how they move forward — whether they will hold fast to the revolutionary flag or run up the black flag of jihadism, and what kind of war they can win, if any.

“We all knew there was an attack coming, during this period when a new U.S. president was coming in, this political vacuum,” said Omar Salkhou, Aleppo commander of rebel faction Harakat Nour al-Din al-Zinki. “We expected it. But we didn’t expect that we’d lose the city.”

According to a Western diplomat who spoke on condition of anonymity in order to speak freely, rebels’ rapid collapse caught their foreign backers flat footed.

“The only way [Western intelligence liaisons] could know what was happening was through communicating with people inside, and all they could work on was the story being told to them by these [armed] groups,” the diplomat told me. “They said they’d be fine for six months, that the regime would pay for every street.”

The Fall of a Revolutionary Symbol

Aleppo’s rebel-held eastern neighborhoods had been a symbol of the Syrian revolution: of self-governance under an opposition city council; of spontaneous civil society and activism; and of the patriotic, FSA armed opposition, rebels who still flew the revolutionary tricolor instead of Islamists and jihadists’ more austere black banners.

But according to opposition-friendly Western diplomats, Aleppo rebel commanders, and local civilians and activists who spoke to me for this report, eastern Aleppo also seems to have been undone by many of the same contradictions and weaknesses that have plagued the FSA across the country and over the course of Syria’s protest movement turned armed struggle.

Aleppo’s rebels were outgunned. They were facing down a regime whose allies, Russia and Iran, were willing to do whatever it took to ensure its victory. Rebels’ backers were never ready to match that commitment. The regime and its allies trapped rebels inside a free-fire zone with tens of thousands of panicking civilians, including the rebels’ neighbors, families, and friends. And—unbeknownst to rebel backers, and maybe rebels themselves — Aleppo’s rebels were too broken, exhausted, and generally dysfunctional to properly hold the line.

After four years of war and against a Syrian regime buttressed by thousands of Iranian-organized militia auxiliaries and the full force of Russian artillery, air power, and likely special forces, Aleppo’s rebels were set to lose.

The problems of Aleppo’s rebels are the problems of Syria’s rebels writ large, especially the internationally approved and backed “FSA” armed opposition. They’ve picked a head-on fight they can’t win — not in Aleppo, or anywhere else.

Rebels “needed everything to go their way to be able to survive,” said the diplomat.