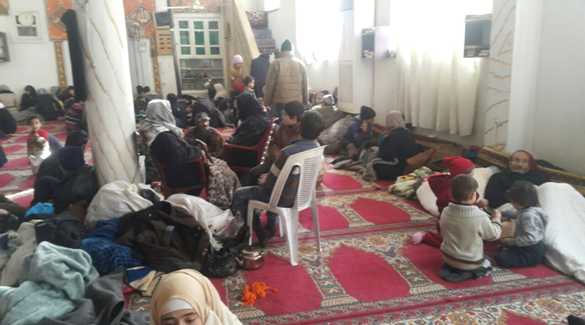 For almost a month, Hezbollah and regime forces have waged a relentless assault on the Wadi Barada area, northwest of Damascus, with 10 villages and between 50,000 and 100,00 people. Ignoring a December 29 ceasefire, they have bombed, shelled, and carried out ground attacks. They have damaged the infrastructure for the al-Fija springs, which supply more than 60% of Damascus’s water, limiting supplies to more than five million people.

A respite in the fighting seemed close last Friday with an agreement for engineers to repair the water pumping facilities and a halt to attacks. However, the lead negotiator, Ahmad Ghadban, was shot dead in disputed circumstances — different versions say a Hezbollah sniper, rebels, or a gunman linked to the jihadists of Jahbat Fatah al-Sham — and the pro-Assad attacks quickly resumed, killed at least 12 civilians in attacks on Sunday.

Q: Regime and Hezbollah forces have blockaded Wadi Barada for 26 days as fighting between rebel and pro-regime forces kill scores of area residents and displace tens of thousands of others. From your perspective, what does the blockade look like?

For the past 26 days, Wadi Barada has been stripped of the most fundamental necessities of life. There is no water, no electricity, no internet, and no way to communicate. Flour has entirely run out, as has baby formula, which has endangered thousands of infants.

Checkpoints surround Wadi Barada, and there is no escape. This is the crucible of war, and it’s an inferno. This blockade has been going on for a month now, and it encompasses all of Wadi Barada. In turn, residents are resorting to whatever remaining scraps of food they’ve got left in their homes, a few olives, maybe makdous [stuffed, pickled baby eggplant] and whatever little flour for baking that they’ve got left.

There are some people who have lost their homes, their food, everything. These Wadi Barada residents are turning to the land for sustenance, eating both apples and even grass. Fortunately, Wadi Barada happens to have a good number of apple orchards in the area.

Food rationing has become extreme. Residents are eating fewer meals, all in an attempt to make what they do have last for as long as possible. 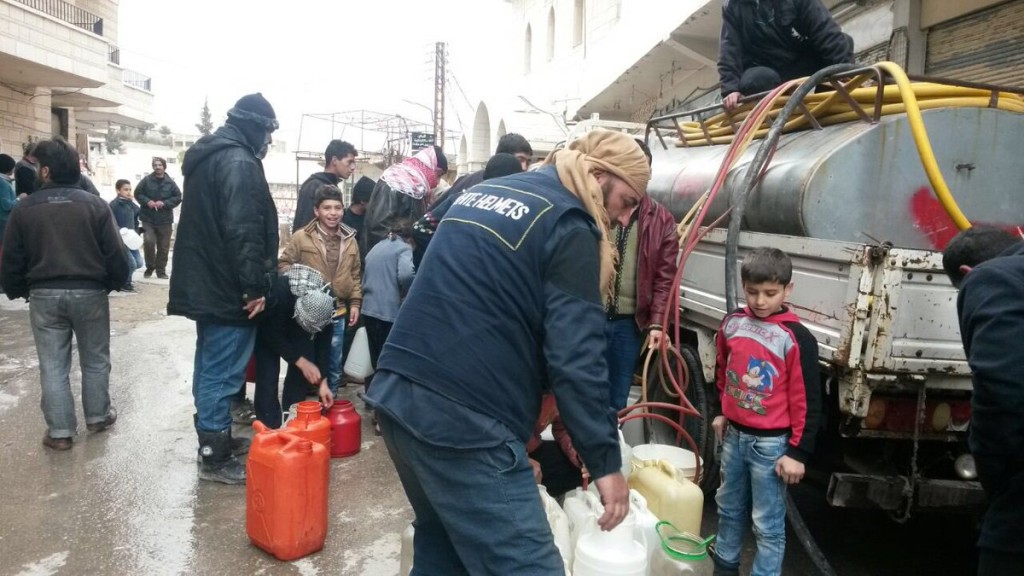 Q: How has the blockade affected the medical situation inside Wadi Barada, particularly in those areas that face the most intense fighting? How many doctors remain in Wadi Barada, and what medical resources are in short supply?

There are only 10 doctors and 25 nurses left in all of Wadi Barada, and they’ve gone through almost all of the medicine. The most serious shortages in medicine are those for heart disease, blood pressure and diabetes. Some ill residents have even passed away because they were unable to get their medications.

When it comes to emergency care, doctors are unable to tend to the most serious injuries. In the majority of critical-injury cases, amputation is the go-to option. Waiting is not an option because people will die.

There has also been a noticeable increase in the spread of diseases of recent, particularly amongst children, the elderly and those who have weakened immune systems. Most of these diseases are spreading because there is no longer any clean drinking water available.

Lastly, there are certain individuals who require immediate evacuation to hospitals in Damascus in order to receive emergency surgery. The regime, however, is not allowing anyone to leave Wadi Barada, or anyone to come in for that matter.

It’s heartbreaking to say, but if these people do not receive the treatment that they need, it’s very likely that they will die.