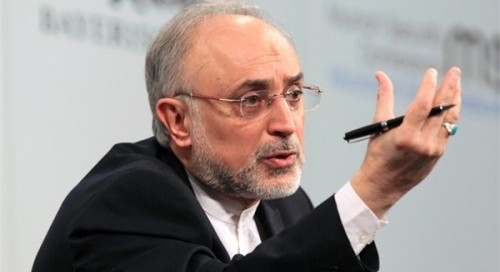 The head of Iran’s nuclear program has issued the latest promise of “retaliation” against the expected extension of the Iran Sanctions Act by the US.

Ali Akbar Salehi made the remarks as he met US Energy Secretary Ernest Moniz in Vienna on Sunday. The two officials, who led the technical discussions in the July 2015 nuclear deal between Iran and the 5+1 Powers, are at the International Conference on Nuclear Security.

Both the US House of Representatives and Senate have voted to extend the 1996 Iran Sanctions Act by 10 years. The measure now requires President Obama’s signature.

The Act, which is separate from the terms of the July 2015 agreement, is largely symbolic. However, the timing of its extension is adding to Iran’s criticism of the US for not lifting financial restrictions, 10 months after the nuclear deal was implemented.

Iran is still struggling to confirm billions of dollars in much-needed foreign investment, with European firms and banks fearing US punishment if they renew links with Tehran.

On Sunday, Iranian MPs urged the Rouhani Government to take “due retaliatory measures” against the US over the extension of the Sanctions Act.