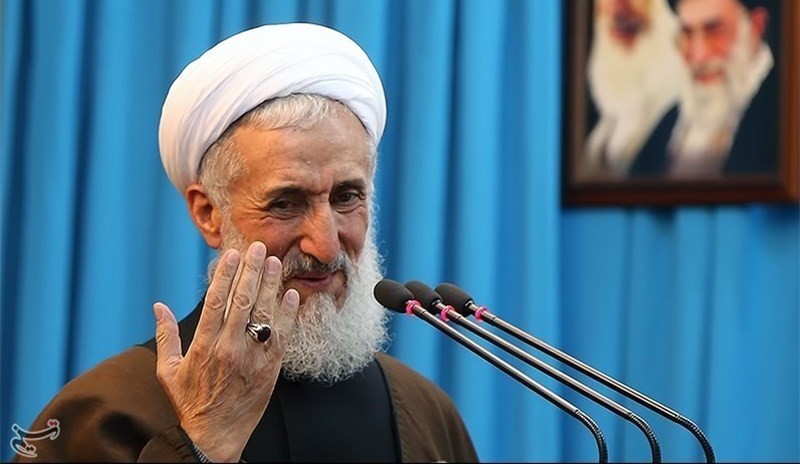 PHOTO: Cleric Kazem Sedighi “Now that a violation of the nuclear deal has taken place…there must be a response”

The Tehran Friday Prayer leader, guided by Iran’s Supreme Leader, has again criticized President Rouhani over his response to renewed US sanctions.

Hojatoleslam Kazem Sedighi said the US Congress’s 10-year extension of the 1996 Iran Sanctions Act was “predictable”, calling into question the implementation of the July 2015 deal over the Iranian nuclear program:

From the very first day of the negotiations, the Supreme Leader warned us not to trust the Americans. The negotiating team should have entered this issue with more strength.

The ISA is not linked to the nuclear agreement; however, Iranian officials have seen the extension as confirmation that the US, which has maintained some financial restrictions despite January’s implementation, will not honor its commitments.

President Obama has signed a waiver ensuring that new sanctions cannot be imposed under the ISA, but this could be invoked when Donald Trump takes office in January.

The Supreme Leader has led warnings of Iranian “retaliation” over the ISA. However, action so far has been limited to Rouhani’s order to resume research and development of nuclear propulsion, including for warships.

Sedighi, whose sermons are prepared with guidelines from Ayatollah Khamenei’s office, challenged the Government on Friday:

Now that a violation of the nuclear deal has taken place…there must be a response. What President Hassan Rouhani ordered the Atomic Energy Organization Head and Foreign Minister to do did not apply any pressure on America.

We expect that Rouhani administration officials will take the appropriate action and respond seriously to the violation of the nuclear deal.