BBC Radio: Evaluating Castro, the US, and What Happens Now 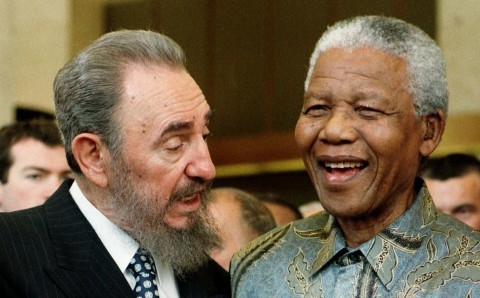 I had another set of six interview with BBC outlets on Monday morning about the death of former Cuban leader Fidel Castro, assessing both the past and the future for Cuba and the US.

I spent much of the time trying to get beyond the simplicity of “good v. evil”, which has dominated much of the reaction in the past 72 hours. Instead, I wanted to focus on the far more complex story of a small nation which defied the US for a new economic and social system, with notable successes — but also one in which Castro and single-party rule tolerated no dissent and imprisoned thousands for political reasons.

Then there is the equally important question of what happens now, as Cuba continues to go through change with a younger generation further removed from the 1959 Revolution. And what of the legacy for Latin America, with countries taking a variety of paths beyond Washington’s sphere of influence?

“People Are Still Fighting the Cold War Over Castro’s Death”

The whole idea of the Cold War — you’re either good or evil, with us or against us — you’re seeing this play out in the immediate reactions.

There’s also discussion of Cuba’s future — “It needs to be considered as a country that created its new economic and social system in defiance of the US, and that project is ongoing” — and of why someone like South Africa’s Nelson Mandela would be a friend of Castro’s: “In a changing world, where neither the US nor the Soviet Union could dictate how we are organized, the two men found common ground.”

“Social Achievements But at a Price”

This was an expression of nationalism that opened up possibilities in Latin America — Central and South America is much different now than it was a half-century ago when the US proclaimed this was its sphere of influence.

At the same, social and economic change does not come without a cost, and leaders are not angels. While pursuing social and economic progress, rights have to be protected. Finding that balance will be a continuing challenge, lost after the immediate fuss has died down over Castro.

“Not An American Free-Market Outpost”

A review of how Castro came to power and cutting through the superficial responses to his death, then looking at the future of US-Cuba relations: “Cuba is going to have to make its way, not necessarily by looking at the US but by looking at other countries in the world.”

“Cuba Has Never Been A Static Cold War Relic”

“Beyond Black and White”

“A System That Lives On After Castro”