The attack hit a meeting of the commanders in the village of Kafr Naha in Aleppo Province. It killed Abu Omar Saraqeb, also known as Abu Hajr al-Homsi, a commander of the recent rebel offensive southwest of Aleppo which briefly succeeded in breaking the pro-Assad siege.

Other commanders were injured. At least one, Abu Muslim al-Shami, was in serious condition.

Speculation immediately arose over whether an Russian or American warplane carried out the strike, and whether it is part of an impending deal between Moscow and Washington over attacks on JFS/Nusra as well as the Islamic State.

Russian warplanes have targeted rebel and jihadist commanders since Moscow’s intervention last September. Among the victims was the commander of the Jaish al-Islam faction, Zahran Alloush.

However, Washington has attacked Jabhat al-Nusra/Jabhat Fatah al-Sham since it began bombing in Syria in September 2014, killing scores of people in northern Syria.

In recent weeks, the US and Russia have been pursuing a deal for intelligence sharing over airstrikes, as well as temporary ceasefires which purportedly will allow aid into both regime and opposition areas. 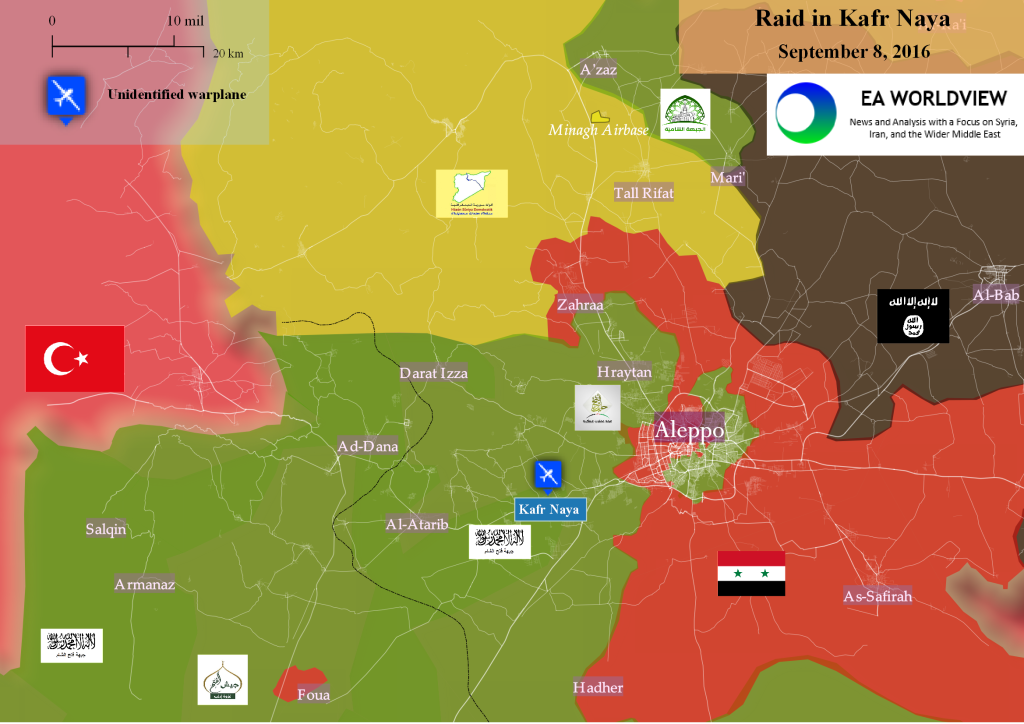 “This Attack Will Unify Rebels”

Russia has put out the line — and pressed the US to accept it — that rebels must be “separated” from JFS/Nusra, thus justifying attacks on opposition territory.

However, local sources said Thursday’s attack could propel talks for unity between rebel factions and JFS/Nusra.

Earlier this week, the discussions had reportedly been complicated by JFS/Nusra demands for top positions. However, a local source said this morning:

It isn’t a coincidence that most groups are mourning JFS leaders killed by the US strike, whereas in the past the largely were quiet when such attacks took place.

Look at the language used in the condolence message. Never before did I see so many Ahrar [Ahrar al-Sham, a leading Islamist faction] leaders condole JFS.