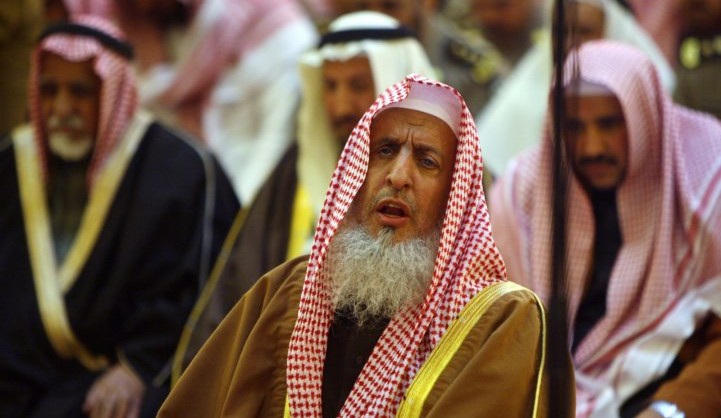 In the latest escalation of Iranian-Saudi conflict, Saudi Arabia’s top cleric has said that Iranians are not Muslims.

Grand Mufti Abdul Aziz Sheikh was responding to a message by Iran’s Supreme Leader on Monday, which called Saudis “traitors” and accused them of killing thousands of pilgrims — including 446 Iranians — who were crushed to death during the Hajj pilgrimage last September.

The Grand Mufti said Khamenei’s allegations were hardly surprising because Iranians, rather than following Islam, are descendants of Majuws. The term is used for followers of Zoroastrianism, a religion predating Christianity and Islam which was influential in Persia.

“We must understand they are not Muslims, for they are the descendants of Majuws, and their enmity toward Muslims, especially the Sunnis, is very old,” the cleric asserted.

Tension between Iran and Saudi Arabia has steadily escalated since last September’s disaster at Mina, near Mecca, when two marches converged for a Stoning of the Devil ceremony. Some Iranian officials initially accused the Saudi monarchy of deliberately arranging the stampede and of abducting Iranian citizens.

The situation worsened in January when Saudi Arabia executed a prominent Shia cleric. A crowd in Tehran attacked the Saudi Embassy, and Riyadh broke relations with the Islamic Republic. Conflicts across the region, including over the Syrian civil war and Saudi intervention in Yemen’s conflict, have added to the animosity.

Negotiations for the return of Iranian pilgrims to Mecca broke down this summer. Each side accused the other of obstructing any agreement.

Since then, Iranian denunciations of Saudi Arabia — fed by Iran’s worries about the economy and oil production — have further sharpened.

The Supreme Leader wrote on Monday:

Saudi rulers, who have obstructed the path of Allah and Masjid ul-Haraam this year and who have blocked the proud and faithful Iranian pilgrims’ path to the Beloved’s House, are disgraced and misguided people who think their survival on the throne of oppression is dependent on defending the arrogant powers of the world, on alliances with Zionism and the U.S. and on fulfilling their demands. And on this path, they do not shy away from any treason….

Heartless and murderous Saudis locked up the injured with the dead in containers — instead of providing medical treatment and helping them or at least quenching their thirst. They murdered them.

Oil Minister: Price Should Be at $55 Per Barrel

Continuing Iran’s campaign for a restriction on oil production — but one with an exception for an Iranian increase —
Oil Minister Bijan Zanganeh has said that “$55 [per barrel of] oil is appropriate and favored by the majority of OPEC members”.

Zanganeh put out the statement as he met the new OPEC Secretary General Mohammed Barkindo in Tehran on Tuesday, three weeks ahead of the next meeting of the cartel.

The low global oil price — still down more than 60% from a high point of $114 per barrel in summer 2014 — is hindering Iranian efforts for economic recovery following the July 2015 nuclear deal.

However, Iran also needs to ensure that any production freeze does not block its effort to return to its export level before 2012, when US and European sanctions took full effect. Iranian sales have risen by 40% to about 2 million barrels per day since January.