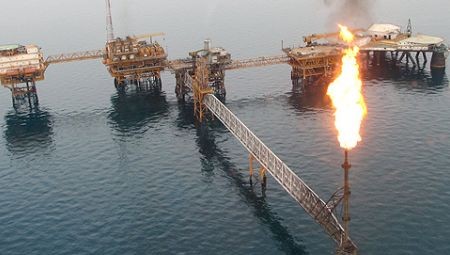 Ahead of this month’s OPEC meeting, Iran is maintaining pressure on the oil-producing countries to allow Tehran’s expansion of output.

Mohsen Ghamsari, the director for international affairs of the National Iranian Oil Company, said on Monday that Iran can raise its production capacity by almost 13% to 4.3 million barrels per day — close to its output before US and European sanctions took full effect in 2012.

Ghamsari said the Islamic Republic is producing just over 3.8 million bpd. He said production could reach 5 million bpd in two to three years.

Concerned about a fall of up to 75% in global prices since June 2014, OPEC members such as Saudi Arabia have proposed a freeze on output. Iran is concerned that the restriction would hinder its efforts for economic recovery, following years of sanctions and mismanagement, after a July 2015 nuclear agreement.

Tehran has supported a cap on production, provided there is an exclusion for its increase to the pre-2012 level of output. Russian President Vladimir Putin offered support in principle last week for the arrangement.

On Saturday, Deputy Oil Minister Amir Hossein Zamaninia blamed Saudi Arabia — which broke diplomatic relations with Iran in January — for sabotaging the initiative with its own output: “Naturally, if a country wants to produce at full capacity, there will be no balance in the market.”

Zamaninia called for a return to a quota system, with an output ceiling of 30 million bpd, which was set aside in December 2011.

The Supreme Leader has expanded his denunciation of Saudi Arabia, accusing Riyadh of “treasons”.

Using Twitter, Ayatollah Khamenei’s office followed up the Leader’s message on Monday about the Hajj pilgrimage, in which he accused the Saudis of being “oppressors” who hijacked the Hajj.

Treasons by Saudi Rulers, According to message of Leader of Revolution on occasion of #Hajj2016#alSaudHijacksHajj pic.twitter.com/9lVCulXAXW